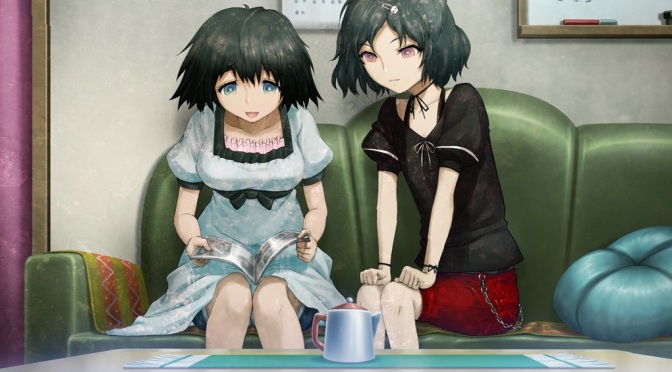 Video games are a great means of immersing yourself in another culture. For years now, Western gamers have been enjoying titles like Yu Suzuki’s sadly unfinished Shenmue series and Atlus’ Persona titles not only for their enjoyable gameplay and overarching storylines, but for their ability to make you feel like you’re “living the Japanese life”.

There’s a huge amount of scope for interactive entertainment in general to promote and foster understanding between different cultures, whether you use the word “culture” to refer to national identity, socioeconomic groups, minorities of various descriptions or simply groups of people who have chosen to gather together under a particular banner for whatever reason. And it’s something of an underused aspect of interactive entertainment, too, though with the growing diversity of the games industry — particularly thanks to the indie scene and how easily we can access content from all over the world via the Internet these days — it’s something that more and more developers are starting to explore.

Nitroplus and 5pb.’s visual novel Steins;Gate is an interesting example of this practice in action, and it’s arguably only now that it’s been localised into English that it can be truly effective at one of the things it’s doing.

Steins;Gate’s overarching plot may be pure sci-fi — parallel worlds, time travel, chaos theory — but some of the things it’s doing at its core are pleasingly mundane. This is something the visual novel medium is particularly good at, and it can often be an effective storytelling technique: if the only things that happen in your narrative are fantastic, exciting and ridiculous, then you have to constantly raise the bar to keep the audience interested, whereas if you juxtapose the fantastic, exciting and ridiculous aspects with more mundane, realistic interactions and events, the more extraordinary things carry much greater impact.

And so it’s these mundane aspects of Steins;Gate we’re going to explore today — most notably how the game acknowledges, deconstructs and critiques various aspects of Japanese popular culture, and how, unlike many other visual novels, which tend to assume a base level of “cultural literacy” when it comes to all things otaku, the game can actually be used as a pretty convincing “guidebook” for outsiders to understand those weirdoes who use words like moe unironically. Wait a minute.

For those who are yet to play Steins;Gate, it’s an unusual visual novel in numerous regards. For starters, it’s not your typical galge or bishoujoge in that, despite the fact it has a male first-person participant narrator protagonist and a veritable harem of female supporting characters, romance is not a driving force of the narrative. The relationships between the characters are explored in great detail, of course — and sometimes those relationships cross that line between friendship and romance — but the key thing is that romance is not the most important aspect of the story and, indeed, in some ending paths, barely enters into the equation at all.

What’s most unusual about Steins;Gate is that there’s a lot of supporting material to go alongside the regular narration and dialogue.

What’s most unusual about it, though, is that there’s a lot of supporting material to go alongside the regular narration and dialogue. Your primary means of interaction with the game is through protagonist Okabe’s cellphone, for example, and at any point you can choose to take it out, browse through his emails, change his wallpaper and ringtones or even, at various moments in the story, choose to make phone calls or send email messages. Alongside this is a link to the Web via Okabe’s phone — clicking said link leads you to this website, an in-character “prop” for the game where you can marvel at Okabe and friends’ poor skills at Web design and their willingness to argue in public on the Internet.

The most comprehensive piece of supporting material the game offers, however, is what it calls its “Tips” feature. At various points throughout the narrative, characters will make a reference or drop a piece of specialist terminology, and it’ll be highlighted in red. This is an indication that you’ve found a new Tip, and by opening the in-game glossary, you can look up that Tip and find out what it means. It usually provides not only a quick definition of the word or phrase in question, but in many cases a short potted history of where it came from. And while many of the Tips are fictionalised — usually to avoid falling foul of copyright or trademark issues — it’s generally not all that difficult to work out what the original reference was, even if you’re not overly familiar with it yourself.

The Tips run the gamut from simple explanations of Japanese cultural norms to obscure memes that originated on 2channel. There’s a lot of real-life scientific hypotheses and theories in there, too, which helps lend an air of authenticity to proceedings.

There are nearly 200 of these Tips to collect throughout the course of Steins;Gate’s branching narrative paths, and they run the gamut from simple explanations of Japanese cultural norms to obscure memes that originated on popular Japanese messageboard 2channel — that which indirectly begat the somewhat better-known-in-the-West 4chan. Given the game’s strong emphasis on providing a plausible, believable science fiction narrative, there’s a lot of real-life scientific hypotheses and theories in there, too, which helps to lend an air of authenticity to proceedings when the characters start discussing and explaining how, exactly, one can use a microwave to travel through time.

What I found most interesting as a fan of Japanese popular entertainment, however, was how clearly and straightforwardly the glossary explains otaku terminology. It does so simply and without judgement — either of the player or of those who might consider themselves part of otaku culture — and the player themselves is consequently left to make their own mind up about how they feel. The glossary’s explanations are supported by the way the characters use these pieces of terminology and concepts in context throughout the story, too, and this in turn helps to inform the opinion you gradually put together in your mind.

You’ll come across both negative and positive examples of otakudom, thereby acknowledging the less salubrious aspects of the subculture as well as celebrating its best qualities.

Crucially, the game does not deal in blanket statements or assumptions. Over the course of the story, you’ll come across both negative and positive examples of otakudom, thereby acknowledging the less salubrious aspects of the subculture (low-angle photographers; sexist men harassing young girls; the unhealthiness of taking an obsession far enough that it interferes with your perception of real life) as well as celebrating its best qualities: a sense of community; a feeling of belonging; the fostering of creativity; the opportunity for people to express themselves.

All this leaves Steins;Gate as a remarkably accessible piece of Japanese interactive entertainment. Experienced otaku will appreciate the deep story and the knowing nods and winks to established narrative tropes — not to mention the frequent subversion of them — while those who are perhaps a bit newer to the visual novel medium or even to Japanese entertainment in general will never find themselves overwhelmed by new information or indecipherable jargon; the glossary is only ever the tap of a button away, and the longer you play, the more you’ll learn.

And it’s this latter aspect that is, as I said at the start of this piece, the reason why Steins;Gate has really come into its own as a translated English language title. Not only does it provide a lengthy, thought-provoking and compelling story that all sci-fi fans can enjoy, it also opens the door to understanding between “normals” and the world of otakudom. And it does so without assumption, without judgement, without prejudice.

And that, surely, is something to be celebrated.

11 thoughts on “Guidebook to Another Culture”