We’re all about narrative-centric games here, as you know, with many a visual novel and plot-heavy RPG having been explored in great detail to date!

Regular commenter ASD wants to know which characters had a particularly interesting, satisfying or otherwise noteworthy arc from the games and visual novels I’ve played and covered in the last year. Who went on a personal journey and discovered things about themselves as a person over the course of the game’s complete runtime?

Quite a few, as it happens, but one in particular stands out in my mind when I think back over the year gone by. 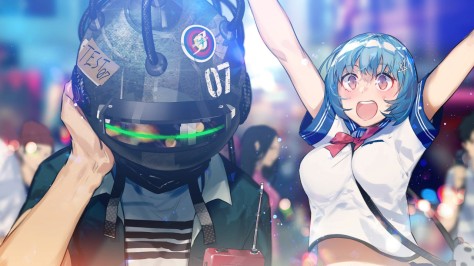 Yuno Hayase (Our World is Ended)

Red Entertainment’s Our World is Ended is an interesting sci-fi tale about augmented and virtual reality, and how improvements in technology can make fantasy indistinguishable from the real world. It explores a variety of intriguing philosophical ideas over its complete (fairly hefty) runtime, including digital preservation of the “self” and how the unpredictable nature of emotions and mental health can bring chaos to a world theoretically built on clear, ordered rules. 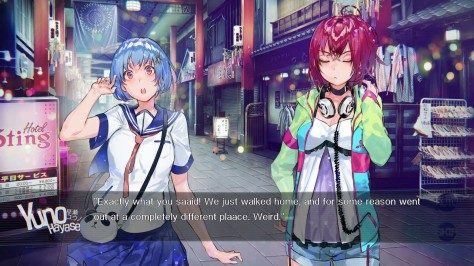 Of course, as you might expect, things are not that simple. Yuno and Asano live in poverty after the untimely death of their parents, with the latter doing her best to support what remains of the family. Both were subject to sexual and violent abuse prior to breaking out into the world on their own. And Asano, having clearly been deprived of some well-adjusted socialisation in her early life, has become a borderline alcoholic and a shotacon, with the only people who really accept her being her sister and her colleagues.

Yuno remains a bit more of an enigma for much of the story, however. One may wonder how she manages to be so relentlessly positive given the situation in which she finds herself. What is really going on inside that head of hers? Why is she perpetually clad in a school uniform despite seemingly never going to school? How did she even fall in with a crowd of independent game developers in the first place, despite seemingly having no talent or knowledge in the field whatsoever?

As the narrative progresses, we can start to draw a few conclusions for ourselves, but her arc really comes to a head when the main cast become trapped in the virtual world and decide to make the best of their situation; Yuno becomes frustrated and displays seemingly uncharacteristic anger towards people with whom she has previously been close.

The situation escalates, and, without spoiling too many of the details for those interested in playing the game — you really should, it’s excellent! — let’s just say that Yuno has been struggling with some pretty heavy mental health issues for quite a long time at this point.

Yuno’s character arc explores the nature of grief and loss from several perspectives, along with the way that we deal with things that we feel are completely beyond our control. Do you let out the raging, boiling emotions inside you as you become more and more frustrated, or do you bottle them up deep inside yourself, putting up an impenetrable facade to even those closest to you?

Our time with Yuno reveals her to be a girl with severe difficulties communicating with other people — and that this is partly down to her deciding to close herself off from people around her after a series of traumatic incidents in her earlier life. If she put across the impression that she was an airheaded, stupid but charming young girl, no-one would bother her and she wouldn’t have to let anyone get close to her; she wouldn’t have to put herself in danger.

But life doesn’t really work like that. When you spend time with people, you naturally become closer to them and get to know them a little better. Sometimes you just “click” with people and want them to understand the real you. At those times you have to make a decision: do you keep up the facade and continue to be the person people have always assumed you are, or do you risk scaring people away by showing a side of you that normally remains hidden? 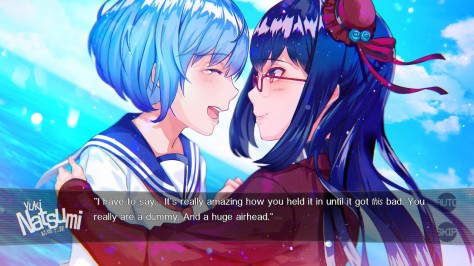 It’s the rather explosive exploration of this side of things that makes Yuno’s character arc in Our World is Ended one of the most interesting, emotional and satisfying narrative sequences in the whole game.

In the early hours of the game, Yuno initially appears to be a character who is primarily there for a certain amount of emotional and comic relief as well as a hint of fanservice — the latter aspect stemming from the fact that protagonist Reiji has clearly been interested in her for a long time — but as the story progresses, she reveals herself to be one of the most intriguing, complex and well-explored characters in the whole game.

Now get the poor girl some shaved ice; she’s been through the goddamn wringer and deserves a break!

More about Our World is Ended 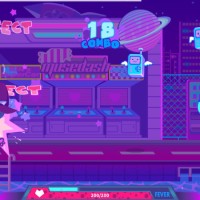