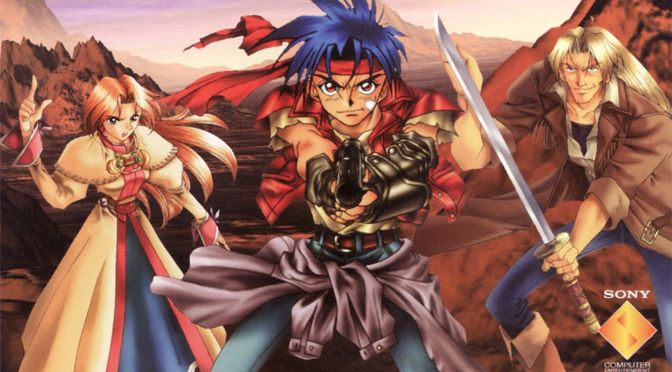 One of the most common criticisms levelled at the JRPG genre — usually by those who don’t play them much — is that they are bland, formulaic and predictable.

And while in some cases developers do fall back on the same conventions we’ve been using for over twenty years now — often with good reason: they work! — there are just as many titles out there that buck the trend and do something completely original.

Even the Final Fantasy series, regarded by many as the poster child of Japanese gaming’s stagnation, has reinvented itself with every single installment over its entire lifetime, as we discussed a while ago.

This week I wanted to talk a bit about a game from the PS1 era that I remember enormously fondly. It subsequently spawned a whole series of successors — none of which I’ve played at the time of writing, regrettably — but it was striking from the get-go for me, largely because it refused to follow the trends of the time and instead provided its players with a highly distinctive experience.

That game was Wild Arms from Media.Vision and Contrail.

This article was originally published on Games Are Evil in 2013 as part of the site’s regular Swords and Zippers column on JRPGs. It has been republished here due to Games Are Evil no longer existing in its original form. 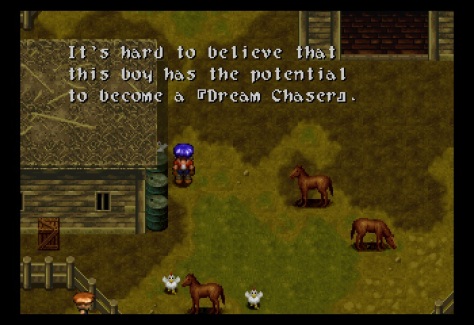 There were a ton of unusual aspects to Wild Arms, with one of the most striking being its setting. Heavily inspired by the American Wild West, albeit through a Japanese lens and with a dash of fantasy thrown in, Wild Arms marked a conscious attempt by its developers to move away from the predictable fantasy settings of many other RPGs of the time.

And it was all the more memorable for it, blending the swords and castles of medieval-style fantasy with the guns, deserts and frontier villages of the Old West. Even its distinctive soundtrack called to mind images of cowboys.

Many critics commented that “Western” is an underused setting when Rockstar’s Red Dead Redemption came out some years ago; Wild Arms is proof that it’s just as good fit for the RPG genre as it is for an open-world sandbox title.

The setting wasn’t the only interesting thing about Wild Arms, though. Aesthetically, it eschewed the then-fashionable “3D characters on 2D backdrops” approach popularized by it contemporaries Final Fantasy VII and Resident Evil, and instead adopted a traditional top-down 2D approach for its field screens. It did, however, compromise a little to “next-gen” presentation by rendering its battles in polygonal 3D, featuring super-deformed character models and the instantly recognisable jagged edges of PS1-era 3D engines.

By keeping the field screens to 2D, however, it allowed for a variety of old-school puzzles to be incorporated into the gameplay — an aspect of the JRPG genre that many noted is often lost in the transition to 3D, even now. Compare and contrast the things you do in earlier Final Fantasy games to the relatively “straight line to the finish” seen in some of the later ones, particularly X and XIII, for example.

Part of the implementation of old-school puzzles into Wild Arms also marks another interesting aspect of its gameplay as a whole: the use of three distinct protagonists, each of whom has their own unique features, special “tools,” and each of whom feels very obviously “different” to play.

The game begins with players taking control of Rudy Roughknight, who is notable for being an “almost-silent protagonist.” He has a single verbalised (well, uh, textualised) line in the entire game, but is otherwise treated similarly to Link in Nintendo’s Zelda games: as a cipher for the player, with his “lines” being delivered either by the player’s imagination or through occasional dialog choices. Rudy’s special “tool” is a Zelda-style bomb, allowing him to blow his way into hidden areas or clear obstacles out of the way.

Subsequently, the player is introduced to roguish treasure hunter and swordsman Jack, who has a grappling hook at his disposal, and Cecilia, reluctant princess and powerful magician. Both Jack and Cecilia have fully-developed personalities that are reflected through their scripted dialogue, unlike Rudy, but you’ll find yourself in control of all three of them at various points in the narrative — and even switching between them at will to solve puzzles once they all meet up with one another.

The fact that you also control Jack and Cecilia directly throughout the game makes the decision to turn Rudy into a silent protagonist all the more bewildering — particularly as the game doesn’t appear to play Rudy’s apparent muteness for laughs. A missed opportunity for a bit of self-referential humor, perhaps? No matter; it certainly doesn’t hurt the overall experience. 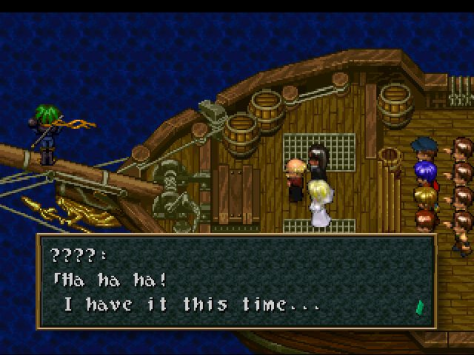 Wild Arms’ plot, once it got going, admittedly wasn’t the most memorable thing in the world — indeed, looking back on it now many years after I played it, I can’t remember much about it at all — but, for once in the typically story-focused JRPG genre, narrative wasn’t the primary reason to check this game out.

No, instead what Wild Arms provided was a compelling game that made you think about what you were doing rather than simply going from point A to point B and engaging in battles along the way. The clever use of the three characters to solve puzzles made dungeon crawling a lot more interesting than in many of its contemporaries, even if the battle system was relatively conventional in its execution — although the fact that you could name all your own spells added a certain amount of bonus fun to the experience. Why cast “Fire” when you can cast “Chargrill”? Or, indeed, something much more inventive and/or offensive?

Interestingly, the original Wild Arms saw an enhanced remake for PlayStation 2 in 2005 in the form of Wild Arms: Alter Code F. It offered full 3D environments, five new playable characters and a bunch of additional content. For those who played the original, the dungeons and puzzles were completely revamped so you couldn’t just sail through, though the plot was mostly the same. It also incorporated some features from Wild Arms 2 and 3, most notably allowing players to “cancel” random battles by reacting quickly to on-screen prompts before the fight actually commenced.

If you want to play Wild Arms today, you’re in luck, as you can just download it from the PlayStation Store to play on PSP, Vita or PS3. While its graphics haven’t aged as well as some of its contemporaries — particularly in the 3D battles — its gameplay is still rock solid, making it a title well worth checking out if you’re looking for a JRPG that does something a bit different to the norm.

This article was originally published on Games Are Evil in 2013 as part of the site’s regular Swords and Zippers column on JRPGs. It has been republished here due to Games Are Evil no longer existing in its original form.

One thought on “From the Archives: Shaking Up the Formula”