The MoeGamer Podcast: Episode 25 – WTF Space Tarantulas - Pete and Chris discuss the SNK 40th Anniversary Collection, along with the usual news and "what we've been playing" talk. 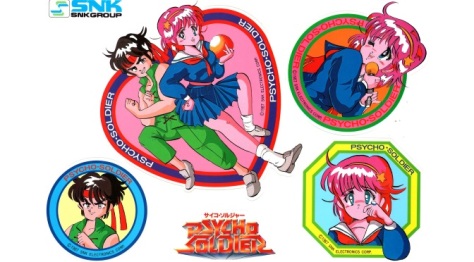 SNK Essentials: Psycho Soldier - Athena’s name is magic, mystery is what you see. Her crystal is the answer, fighting fair, to keep us free. She’s just a little girl with power inside, burning bright. You’d better hide if you are bad, she’ll get you! She’ll read your mind and find if you believe in right or wrong…

SNK Essentials: Fantasy - In the same year as the excellent Vanguard, SNK’s 6502-based “Rockola” hardware played host to an altogether different kind of game. Fantasy was a rather unusual game. Eschewing the usual spaceships and aliens in favour of a distinctly more “human” setup, the game actually made an effort to tell a story as it progressed. An extremely … END_OF_DOCUMENT_TOKEN_TO_BE_REPLACED

SNK Essentials: Vanguard - As you may have noticed already, early-days pre-Neo Geo SNK is a real treasure trove of classic shoot ’em ups. And few come more classic than Vanguard. First released in 1981, Vanguard was another game of “firsts” for the fledgling SNK. It was not, as some sources claim, SNK’s first colour game — Sasuke vs. Commander predates it by … END_OF_DOCUMENT_TOKEN_TO_BE_REPLACED

SNK Essentials: Ozma Wars - Well now. Here’s one that doesn’t get talked about all that much: one of SNK’s earliest games, and a title believed to be the second ever fixed shoot ’em up, after Taito’s genre-defining classic Space Invaders. In fact, Ozma Wars, developed by Logitec (no, not that one) and published by SNK in 1979, ran on the same … END_OF_DOCUMENT_TOKEN_TO_BE_REPLACED 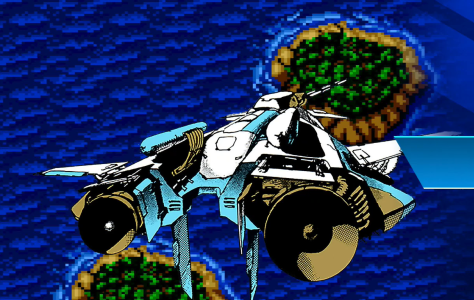 SNK Essentials: World Wars - The loose “trilogy” of vertically scrolling shoot ’em ups from SNK’s early days that began with Alpha Mission and Bermuda Triangle finally concludes with 1987’s World Wars. Sometimes erroneously described as a reskin of Bermuda Triangle, World Wars offers an interesting blend between the gameplay elements of its two predecessors, and manages to carve out an identity … END_OF_DOCUMENT_TOKEN_TO_BE_REPLACED

SNK Essentials: Bermuda Triangle - A couple of years after Alpha Mission, SNK put out a follow-up of sorts — if not a direct sequel. (That would show up in the Neo Geo era!) That game was Bermuda Triangle, and much like Alpha Mission before it, it’s a very creative and unusual take on a genre that, even as early as 1987, was heavily … END_OF_DOCUMENT_TOKEN_TO_BE_REPLACED 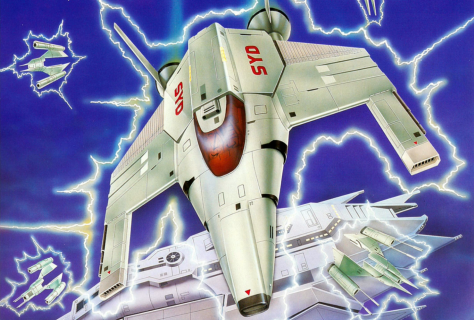 SNK Essentials: Alpha Mission - SNK is primarily known for its fighting games these days, but in its earlier years it was known for a number of solid (and influential) shoot ’em ups. While Alpha Mission (also known as ASO: Armored Scrum Object in Japan) isn’t the company’s first shoot ’em up by any means, it is an important one and forms the … END_OF_DOCUMENT_TOKEN_TO_BE_REPLACED 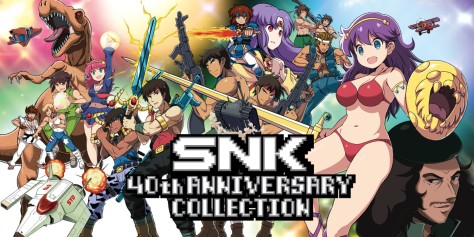 SNK 40th Anniversary Collection: (Almost) Perfect Preservation - As the years advance and old gaming hardware and media gets more expensive, harder to find and even more difficult to maintain, the matter of gaming preservation is of increasing importance. I’ve previously talked about how emulation and ROM archives have an important role to play in all this — in spite of interference from … END_OF_DOCUMENT_TOKEN_TO_BE_REPLACED 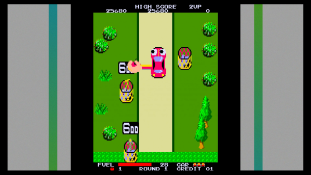