Last week, we celebrated the Least “Retro” Retro Game, a title that, despite being quite old at this point, still remains fun and solid to this day. Today, we take a slightly different angle.

Over the course of the last few years, independent developers in particular have been very keen to adopt a retro-inspired look and feel to their games. And some pull it off better than others.

It’s a lot more than just using pixelated graphics and chiptune music, you know, so today’s award celebrates the modern game that most clearly understands, appreciates and pays homage to older titles while simultaneously being something that is downright desirable to play in 2019. If you’ve listened to a particular recent podcast, the choice here will be obvious, but let’s do the thing anyway… 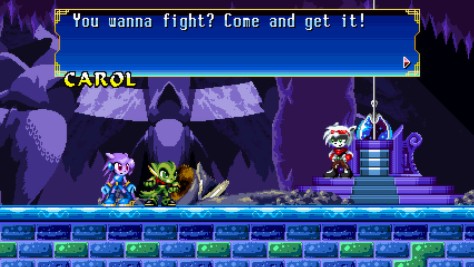 Of course it’s Freedom Planet. The game itself may be several years old at this point, but the excellent Nintendo Switch port and the lovely limited-run physical release are more recent — and I finally played the whole thing through for the first time this year.

It brought me to tears. For numerous reasons.

For the uninitiated, Freedom Planet is a game that started its life as a Sonic the Hedgehog fan game. Over time it became obvious to its creator Stephen DiDuro that he had something that was actually genuinely good here… and so he decided to ditch the copyright-infringing Sonic aspect in favour of something that he might be able to sell down the line. 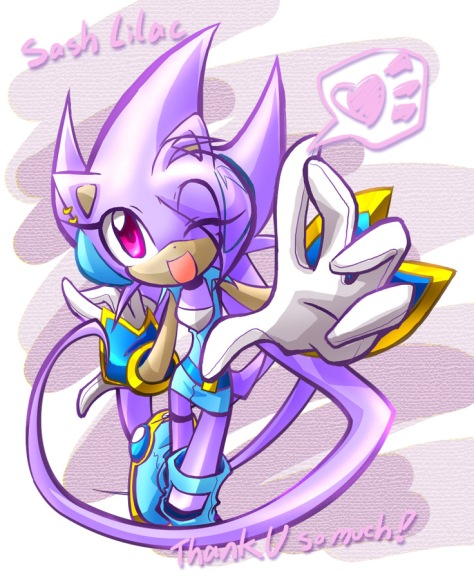 Legend has it he tried to design his own protagonists to little success, but subsequently found an artist on DeviantArt who had already created characters that would be perfect for the game. Thus, Team Lilac came on board.

Freedom Planet is the 32-bit side-scrolling Sonic game that we never got. Unfolding in gloriously low-resolution but super-slick and speedy 2D pixel art, the game places you in the role of one of three adorable protagonists — each with their own unique lineup of moves — and tasks you with defeating an extraterrestrial invasion. Your quest will take you through a wide range of locales, including a Chinese-inspired city, ancient ruins and a futuristic dreadnought, and place many significant challenges in your path. But you’ll want to push on through, however difficult things get, because the whole experience is just so damn good.

There are so many things to like about Freedom Planet, probably most notable of which is how much it nails the 32-bit aesthetic and overall feel of things. Outside of it being widescreen, one could make a convincing case for this being some sort of lost Saturn game; between its visuals, its charmingly low-key but well-delivered Saturday morning cartoons-style voice acting and its incredible music, this is a game that feels like the very best the late ’90s had to offer. 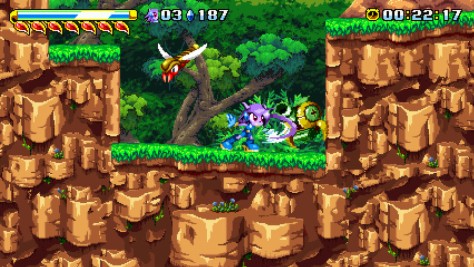 But it’s also a modern game, and that means it comes with plenty of today’s conventions that make it a much smoother experience for as many people as possible to enjoy. There’s a wide array of difficulty levels, ranging from extremely easy to punishingly challenging. There’s the ability to play the game in Adventure mode, with lengthy expository cutscenes, or Classic mode, which strips out the story entirely. There’s a ton of bonus content to unlock. And a checkpointing system that means you can make gradual progress through the game a bit at a time, even if you’re not so hot at platformers.

The levels are huge and interesting to explore. The boss fights demonstrate an admirable understanding of what makes 2D confrontations good. And the narrative provides ample incentive to continue through the game — particularly in its pulse-pounding, heart-rending final hours.

Then when you’ve finished it all, there are harder difficulties to try again on, bonus stages to unlock, different characters to play as and even an unlockable mahjong solitaire minigame. There are secret cards to track down in every level, concept art and musical tracks to unlock and all manner of other goodies. 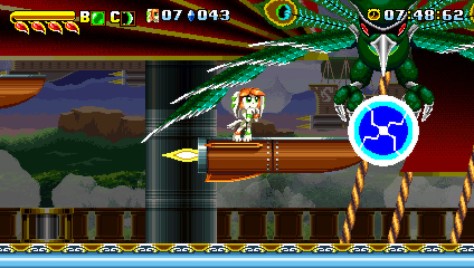 It really is one of the absolute finest games I’ve ever had the pleasure of playing. Not only does it pay respectful homage to its inspirations, it also creates a brand new experience that postulates what would have happened if this type of game had remained popular and prominent throughout the 32-bit console era and beyond.

Best of all, this isn’t where the story ends. Every day brings us closer and closer to a sequel that looks fantastic. And this one has Christian Whitehead — he who helped make both Sonic Mania and the excellent Xbox 360 ports of the Mega Drive Sonic games so good — helping out, so you know it’s going to be even more of a special experience than this wonderful game already is.

Freedom Planet makes me feel young again with its authentic “retro” feel, but it also makes me glad to be playing games in this modern age — because it’s been able to learn from several decades of game design and distil a very pure essence of quality that oozes through every bit of the complete package.

Lots of modern games try to do their best to “innovate” and try new things, but games like Freedom Planet demonstrate beyond all doubt that sometimes all you need to do is something quite similar to that which has come before… and do it really well.

You should probably play Freedom Planet. I hope I have made that abundantly clear at this point!

5 thoughts on “The MoeGamer 2019 Awards: The Most “Retro” Modern Game” 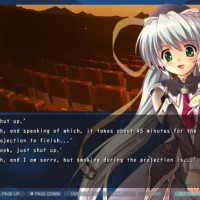