The terms “visual novel” and “dating sim” are used somewhat interchangeably in the West — even by those who publish them — but in actuality, this isn’t particularly accurate.

Visual novels often involve romantic and/or sexual relationships as a key part of their narrative, sure, and dating sims involve a lot of reading text and making choices — but it’s in terms of overall structure that they differ quite significantly from one another.

Specifically, in a dating sim, you’re often given a lot more freedom in terms of how to pursue the your dream partner — and a consequent greater potential to mess things up entirely — whereas in a visual novel, you’re typically following a more clearly-defined, linear narrative.

I’ve been interested in games that center around relationships ever since the experimental Atari 400 title Gossip (which I’ll be very impressed if you’ve heard of and even more impressed if you actually played) and, many years later, my first encounter with The Sims.

But there was something missing from both of these games — a feeling of true personality, like you were really getting to know the characters. They felt like mathematically calculated social models, like grinding stats, rather than genuinely building up a relationship with a person. Perhaps because they were mathematically calculated social models with no inherent “personality” of their own.

Back in the late ’90s, I was experimenting with H-games in college (everyone experiments in college!) and came across a dating sim called True Love. True Love is a genuinely great game that is an absolute bastard to get running well on modern computers, but I’ve been looking for a slightly more modern true successor ever since. I’m not sure I’ve found it in Libido’s Casual Romance Club (also known as Houkago Ren’ai Club or After School Romance Club), but said title is certainly an interesting game in its own right for a number of reasons, and worth checking out for anyone who enjoys the feeling of building virtual relationships with some attractive and realistically mundane characters. 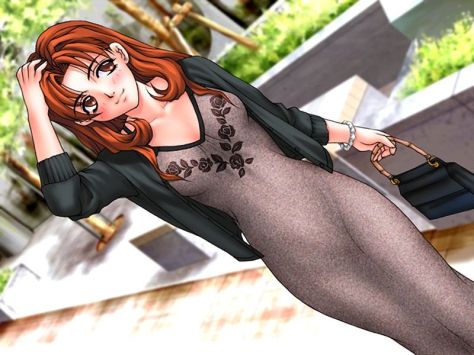 One noteworthy aspect about Casual Romance Club is that it’s one of the few games developed in Japan but specifically aimed at English speakers. The vast majority of visual novels and dating sims we see over here are localized outside Japan either by groups of fans such as Mirror Moon (probably most well-known for their translation of the popular Fate/Stay Night), or professional specialist Western publishers like the teams at JAST USA, Mangagamer and Sekai Project.

Casual Romance Club, however, was retooled in its home territory for the English-speaking market by Westernizing the character names, providing a full, competent English translation (with optional “parallel translation” function for language learners) and the option to use “English” voice acting. I use the term “English” loosely because it’s the original Japanese voice actors who speak the English lines, and some of them are… um… not that good at speaking English, meaning you’re probably better served by keeping speech in Japanese.

Casual Romance Club’s premise is straight out of a “slice of life” anime. A group of bored high school kids get together and form a club to allow them to experience the thrill of meeting new people and possible romance without any worries about “commitment” and difficult stuff like that. The club will run for a month, during which time each member is issued with a limited number of “date coupons” to invite a prospective partner out on the weekends. 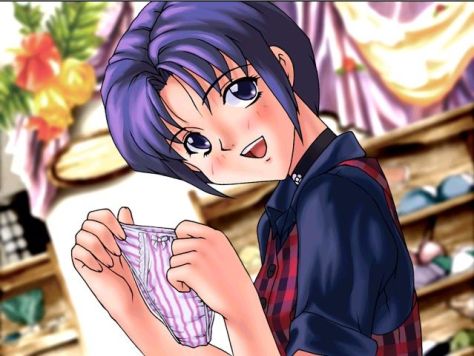 Over the course of the month in which the game is set, twelve different girls from a variety of backgrounds show up, and it’s up to you to get to know them, chat them up and quite possibly find true love (and/or sexytime) in the process. Or perhaps just find yourself on a few awkward shopping trips.

The difference between a dating sim and a visual novel becomes immediately apparent shortly after starting to play Casual Romance Club, because after the introductory sequence you’re pretty much left to your own devices to determine the best way to proceed.

Each in-game day at the club, you can have a private chat with up to three girls. Each chat begins with some general conversation based on the individual girls’ story arcs, and you’re then given the choice of three different topics to talk about each day, two of which usually relate to things they said in the initial chitchat, and one of which usually relates to their favorite subject or hobby that they wrote in the club’s notebook.

Some conversational topics lead on to further questions which you have to respond to, and your responses help determine how much that girl likes you. How much that girl likes you affects whether or not she’ll accept an invitation to go out in the evening after the club session, and whether or not she’ll accept a “date coupon” for a weekend date. Your relationship with a girl also sometimes triggers “diary scenes” at night, where you get a glimpse into what they’re really thinking about while they’re sitting around in their underwear or pajamas.

Perhaps the most interesting thing about the game being structured in this way is how it encourages you to explore the various characters’ arcs, and how chatting to several characters at once (rather than focusing on a single “route” at a time, as in a visual novel) can help give you a different understanding of the various situations.

Several characters “relate” to one another in various ways — some are friends, rivals, peers or even siblings, and talking to them in various combinations each day may help you to get a better idea about what they’re thinking and how they would like you to treat them. One girl, for example, only joined the club in an attempt to ensure her friend gets to know someone, so if you’re interested in her, you need to ensure that you don’t neglect her friend, either. In other cases, the relationships between the girls are affected by one, the other or both of them wanting to get closer to you, sometimes leading to special scenes where they struggle between loyalty to their friend and their own desires.

Casual Romance Club isn’t a particularly hard-hitting game thematically or emotionally, but it has a great deal of charm. The twelve girls, each of whom has a personality loosely based around a sign of the zodiac, are all distinct from one another, both visually and in terms of the way they act.

For those who enjoy playing this type of game for a feeling of immersion in another culture as we discussed recently, too, it’s a fun experience — there are frequent references to Japanese cultural and fashion phenomena, and the game even comes with a handy glossary of terminology you might hear in the game, including a special section marked “seedy stuff” of terms that you probably won’t find in most guidebooks.

There’s a nice feeling of building budding relationships with the characters, and the various story arcs, while all short and rather mundane in nature, help you get to know these people in a very intimate manner. Some of the sex scenes have some rather cringeworthy dialog — perhaps partly due to the fact that unlike most visual novels, the protagonist doesn’t “narrate” anything to the reader, it’s all spoken “out loud”, as it were — but nothing you won’t have seen before. 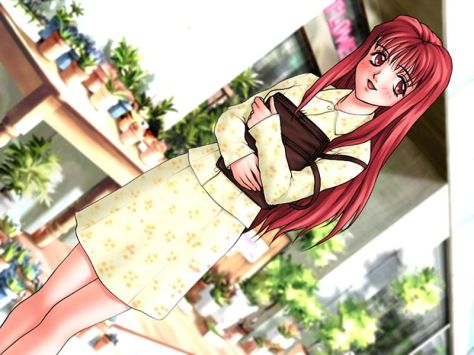 If you’ve never played a straightforward dating sim before (and, given that we don’t see many of them in the West, that’s highly likely) then Casual Romance Club is a good introduction to what to expect.

It doesn’t have anywhere near the gameplay depth of True Love, but as a payoff it actually runs on modern computers without you having to do unspeakable things to your registry and compatibility settings. That said, it’s quite hard to find these days, though if you can track down a copy you’ll find it comes in a lovely, high-quality box (albeit one with naked pictures of the characters all over the back — sex sells, apparently) with a lovely hardback instruction manual/art book thrown in.

2 thoughts on “From the Archives: A Fine Romance”