Originally released as freeware in 2004, Cave Story is one of the most well-known independently developed Japanese games, featuring gameplay and visuals inspired by the aesthetics of the NES era.

The MoeGamer Podcast: Episode 31 – Everything Old is New Again - Pete and Chris get together to explore the world of "homage" games -- games which go beyond a simple pixel art and chiptune aesthetic to demonstrate a true, deep understanding of their inspirations. Plus the usual news and "what we've been playing" talk.

Kero Blaster: Amphibious Assault - Daisuke “Pixel” Amaya is an extremely talented developer with a keen eye for what made older games truly enduring. His most well-known work Cave Story is quite rightly held up as a shining example of the open-structure 2D platformer done right — and thanks to its numerous rereleases over the years, can be played on a wide … END_OF_DOCUMENT_TOKEN_TO_BE_REPLACED

The One-Liner Challenge - Time for a Community tag post! This one looked like a particularly fun one, and after the lovely Irina from I Drink and Watch Anime specifically requested me to do one about games, who was I to refuse? The original tag came from The Awkward Book Blogger and was based around, as you might expect, … END_OF_DOCUMENT_TOKEN_TO_BE_REPLACED 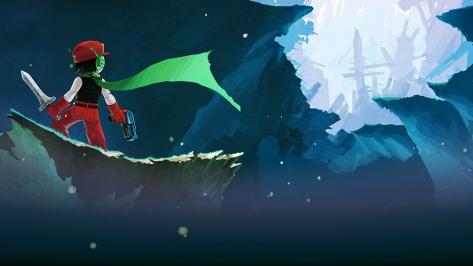 Switch Essentials: Cave Story+ - Cave Story has been around for a good few years now, and indeed is still available for free download from the Web. You may have already played it. You may have already beaten it. Perhaps you even set an amazing time in that bastard hard “secret” level on the way to the best ending. So … END_OF_DOCUMENT_TOKEN_TO_BE_REPLACED