A long-lived shoot ’em up that began its life as a Steam Early Access title back in 2013, and has since blossomed into a game that deserves to be considered among the greats of the genre. 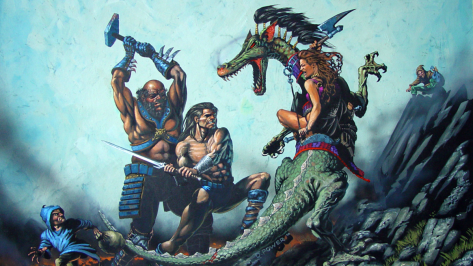 Golden Axed: A Prototype with a Dark Past - As part of Sega’s 60th anniversary celebrations, the company has been putting out a number of limited-time-only free minigames on Steam, including a Streets of Rage-inspired brawler based on the Yakuza series, a tank blaster based on Company of Heroes and a Fantasy Zone/Endless crossover. By far the most controversial of these freebie releases is … END_OF_DOCUMENT_TOKEN_TO_BE_REPLACED

Assault Android Cactus: Shooting for the S+ - I remember coming across Assault Android Cactus for the first time: it was back in 2013, when I was still working on USgamer, and I was headed for EGX, or the Eurogamer Expo as it used to be known. My boss Jaz Rignall suggested that I might want to check out this game he’d heard … END_OF_DOCUMENT_TOKEN_TO_BE_REPLACED