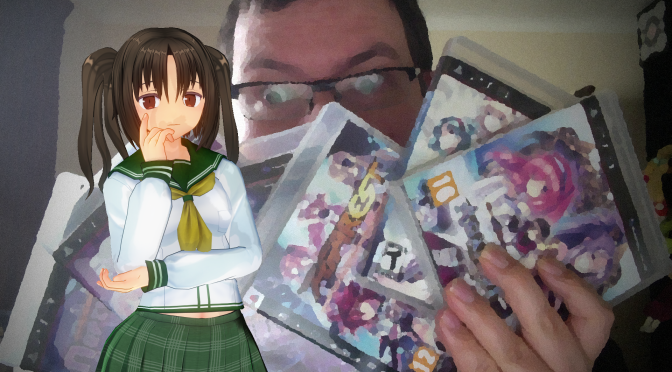 Pete Davison has been writing about games both professionally and for pleasure for as long as he can remember. His earliest reviews were published in UK-based Atari magazine Page 6 (later New Atari User) and, following a work experience stint on now-defunct PC gaming magazine PC Zone (during which he wrote a review of the non-3D-accelerated version of Virtua Fighter PC and the captions for the screenshots in the “On-Line” section) went on to contribute semi-regularly to both PC Zone and the Official Nintendo Magazine.

More recently, you’ll have seen Pete’s work in several places across the Internet. After leaving his former career of classroom teaching to pursue video games journalism full-time, Pete has had work published on GamePro, GOG.com, Games Are Evil, What They Play, IGN, USgamer, Glixel and Nintendo Life.

A longstanding love for Japanese video games is what spurred Pete on to develop MoeGamer. He believes strongly that modern Japanese interactive entertainment is an underappreciated and underexplored aspect of the games business as a whole, and hopes to help redress the balance in his own small way — a process he started with regular JRPG and visual novel columns at Games Are Evil (now being republished right here), and subsequently continued with a regular Japanese gaming column at USgamer.

And so we finally come to MoeGamer, a personal passion project designed to fill what he believes to be an important niche that is underserved by mainstream publications. He hopes you enjoy it… and share that enjoyment with your friends and family.

Pete’s most recent work for commercial gaming sites can be found on Rolling Stone’s gaming site Glixel, where he wrote previews for Dontnod’s Vampyr and Cyanide’s Call of Cthulhu, and Nintendo Life, where he reviewed Prison Princess for Nintendo Switch.

Pete’s past work from USgamer — barring communal pieces from the whole staff — can be found here.

Of particular note were his weekly Japanese gaming column JPgamer and his board game column BOARDgamer. Further long-form material can be found in his coverage of the Eurogamer Expo/EGX in 2013, an event he covered single-handedly for USgamer.

Pete was Inside Network’s resident reviewer for a little over a year. He reviewed Facebook games over at Inside Social Games and mobile (iOS and Android) games and apps at Inside Mobile Apps, both now folded into AdWeek’s SocialTimes blog network. He also compiled a weekly report for Inside Network’s metrics service AppData.

In 2011, Pete covered the daily news for the legendary GamePro. Both the site and magazine sadly died a death at the end of November 2011, but a number of his articles can still be found on its sister site PC World. Check out this page for a link to some of his work.

Pete also wrote two preview features of the then-upcoming Xbox 360 game Crackdown 2 for longstanding gaming mega-site IGN. Preparing these articles involved a visit to the developer, some hands-on time with the game and interviewing key members of the team.

And in the early days of GOG.com, back when it was still called Good Old Games, Pete produced a number of promotional pieces for the site on various “hidden gems” in the digital distributor’s catalogue. Due to GOG.com’s site restructure, these articles come courtesy of the Internet Archive’s Wayback Machine.

Finally, Pete also wrote a selection of “parental advice” articles giving people the lowdown on a variety of popular online communities that kids might want to get themselves involved with. What They Play was purchased by IGN and then closed down, so these links come courtesy of archive.org’s Wayback Machine where possible:

3 thoughts on “About Pete”