Since she makes a guest appearance in today’s episode of Warriors Wednesday, I thought we’d take a closer look at my favourite Dead or Alive girl for today’s Waifu Wednesday.

Kasumi is one of those characters that it’s probably not fashionable to say is your “favourite”, what with her being one of the most prominently seen characters in the series, but I don’t care. I like ninjas, I like thighs and I like redheads.

She’s also an interesting and iconic character with a long history. So let’s explore the real Kasumi.

END_OF_DOCUMENT_TOKEN_TO_BE_REPLACED 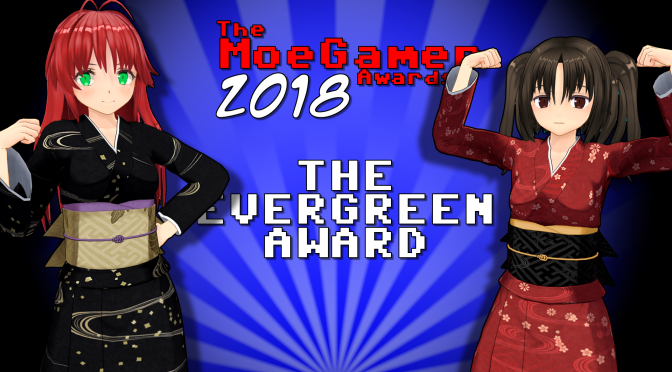 If you’re a gamer on a budget or simply going through a lean month or two, it’s always a good idea to have one or two “evergreen” games on your shelf.

The concept of an “evergreen” game is simple: it’s a game that you can always return to at any time and have an enjoyable experience with. It’s a game you can set aside for weeks or months at a time before returning to when you feel like it, able to pick right back up where you left off.

Evergreen games can involve narrative, but the best ones place a strong focus on mechanics, providing them a pick-up-and play quality coupled with extensive — potentially infinite — longevity. One game that I covered in 2018 definitely fits that bill more than pretty much any other.

END_OF_DOCUMENT_TOKEN_TO_BE_REPLACED 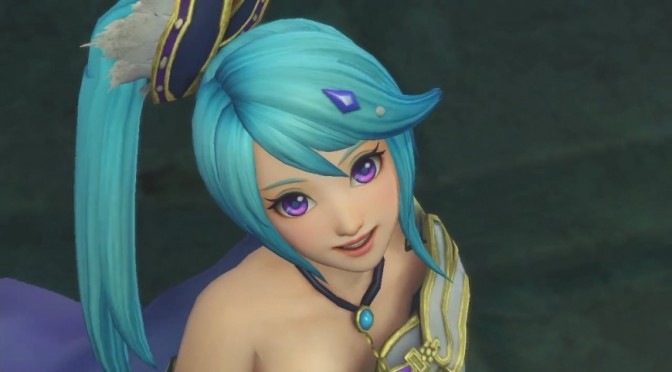 Hyrule Warriors incorporates a variety of characters from across the Zelda timeline, but also has a few original creations in the mix, too.

One of these is the busty main antagonist Cia, who at the time of writing you can admire in the banner at the top of the page. She most certainly has her considerable appeal… but I think I’d be a bit terrified of what she’d do to me if she ever found out I’d called her a “waifu”.

So let’s take an altogether safer option: Lana, a delightfully cheery young woman whom you come into contact with relatively early in Hyrule Warriors’ main story.

END_OF_DOCUMENT_TOKEN_TO_BE_REPLACED

The Warriors series as a whole has experimented with a few twists on its basic mechanics over the years, and Hyrule Warriors most certainly provides one of the most accessible, immediate takes there is.

This is at least partly down to the influence of Koei Tecmo’s division Team Ninja, who played a role in the game’s development alongside longstanding series producers Omega Force. The result is a speedy, fluid Warriors game that is easy to get into but challenging to master in its entirety.

Today we’re going to take a look at the various components that make Hyrule Warriors’ gameplay tick, and see how they come together to create such an enjoyable experience.

END_OF_DOCUMENT_TOKEN_TO_BE_REPLACED

Omega Force’s Warriors (or Musou, if you prefer) is one of the longest-running, most prolific series in all of gaming. And yet it is also one of the most commonly misunderstood and misrepresented in terms of its gameplay.

Often dismissed by critics as being little more than mindless button-mashers, the Warriors series has, over time and the course of more than 50 individual releases for various platforms, continued to evolve and experiment to bring us to where we are today. Not only that, it has proven to be a great way to get people interested in a number of real-world historical events such as the Three Kingdoms era of Chinese history (Dynasty Warriors) and the Sengoku period of Japanese history (Samurai Warriors) — as well as providing its developers the opportunity to explore more creative, fantastic stories that involve large-scale conflict.

Hyrule Warriors: Definitive Edition (just Hyrule Warriors hereafter), of course, falls into the latter category… but before we dive into it in detail, let’s take a look at the series as a whole and see exactly how we got here.

END_OF_DOCUMENT_TOKEN_TO_BE_REPLACED

At the time of writing, the Wii U may be yet to play host to a brand-new, original mainline Zelda title — Breath of the Wild will be one of the last retail titles for the system — but it’s home to one of the best spin-offs the series has seen.

Unlike its stablemate Super Mario, Zelda actually hasn’t seen all that many spin-offs over the years, with only Link’s Crossbow Training on Wii and the two atrocious CD-i titles springing immediately to mind. This is perhaps because Zelda is an inherently more “serious” affair than Super Mario — sure, it has its moments of levity, but it’s always been less focused on cartoon silliness and as such it would be rather strange to see perpetual protagonist Link doing things outside his normal remit such as playing tennis or golf. (That, of course, didn’t stop him making an appearance in Mario Kart 8, but that was something of an outlier.)

That doesn’t mean that there isn’t scope for the series to explore gameplay styles outside the mainline titles’ “explore, dungeon, puzzle, boss” formula, and Hyrule Warriors is a potent proof of concept that demonstrates the ensemble cast the series has built up over the years is more than strong enough to carry a game that doesn’t focus exclusively on Link.