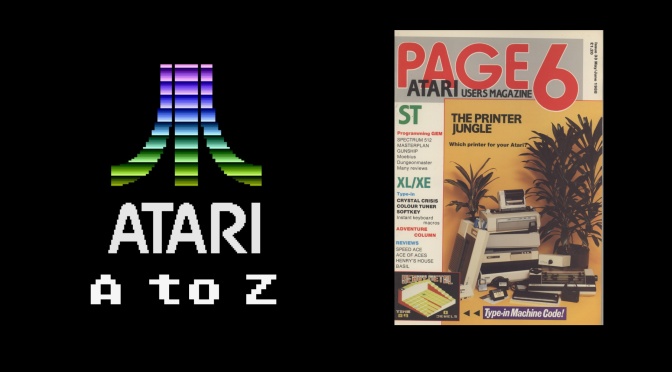 We’ve seen a fair few type-in listings on this series so far, and some of the best of all time come from the mind of Paul Lay, who is still making Atari games to this day under the name Playsoft.

Heavy Metal is a type-in machine code game that Lay published in Page 6 magazine issue 33. It’s an isometric adventure that draws some inspiration from titles such as Marble Madnessand Spindizzy, but also has its own distinct elements, too. It’s a good time, but looks like it would have been a bit of a mission to type in back in the day! 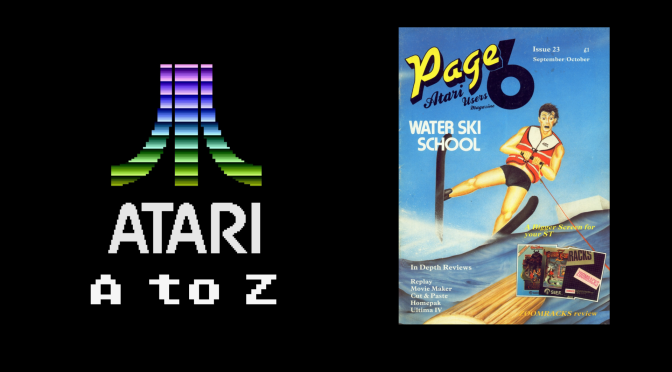 My parents, I believe, still own a complete collection of Page 6 magazine, right from its very first issue as a publication primarily intended for the Birmingham User Group, up until its slow demise as an A5-sized subscription-only affair in the twilight years of Atari.

One edition which always stood out to me was Issue 23, whose cover sported a large image of a water-skier performing a stunt he didn’t quite seem to be ready for. The cover image was promoting the big type-in game for that issue: a machine-code game known as Water Ski School. Although I typed in a lot of games over the course of Page 6’s original run, for one reason or another I never got around to doing this one. Seems like a prime candidate to check out on Atari A to Z, then! 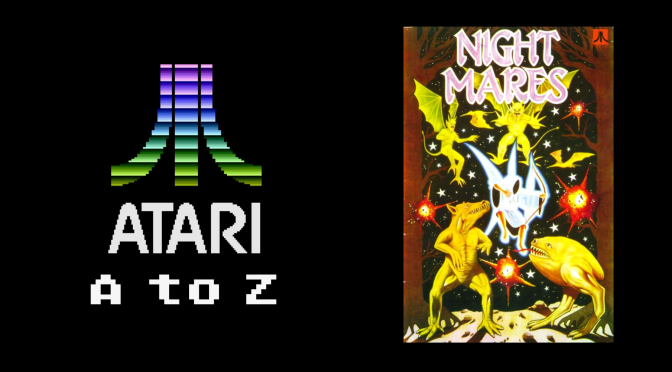 You think we have problems now? Back in the ’80s, video game distributors would refuse to stock games if they felt they would be “harmful to children”. And Red Rat’s Nightmares for Atari 8-bit was a victim of this moral panic.

It stung doubly hard for UK-based Atari 8-bit enthusiasts, becuase the stockist in question was Silica Shop, a longstanding supporter of Atari platforms and a popular choice for mail order. Unusually, it was actually the press that stepped in to help — Page 6 Magazine took on the task of distributing the game in place of retailers who refused to stock it, and perchance made themselves a few quid in the process.

Was the game actually any good though? Check it out in the video below, and don’t forget to subscribe on YouTube for more. 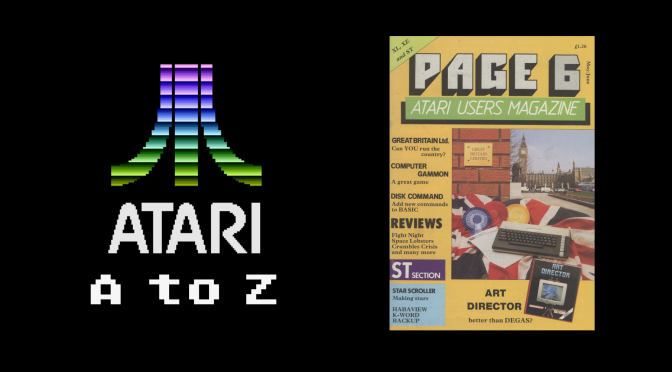 Type-in listings in computer magazines in the ’80s were more than just an opportunity to get some “free” software, with the only expense being the cost of the magazine and your time. They were also a chance to learn something.

In many cases, type-in listings were accompanied by commentary from the author explaining the processes and techniques they’d used in order to create the various functions within the program. In the case of Ants in Your Pants by Allan Knopp, published in issue 27 of Page 6, the technique in question was “page flipping” — a method of getting the computer to draw several screens in advance, then seamlessly switching between them to create the illusion of full-screen animation.

As a game, it’s fairly limited, but as a demonstration of some of the things it’s possible to do in Atari BASIC, it’s definitely worth a look! 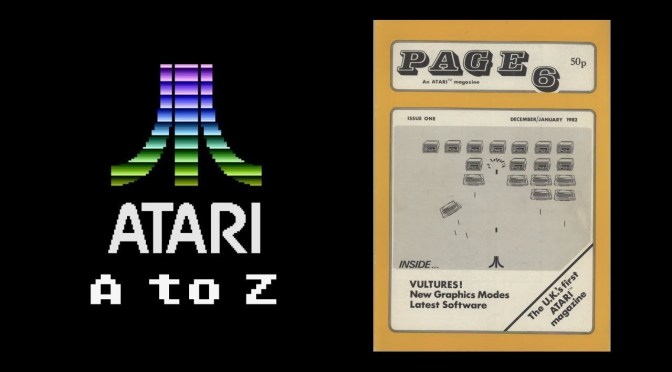 The concept of the “video game auteur” is regarded as something of a modern thing, with Japanese creators like Hideo Kojima, Hidetaka Suehiro, Goichi Suda and Taro Yoko typically being held up as some of the best examples.

But back in the Atari 8-bit era, we had our fair share of recognisable names, too. Okay, they tended to be renowned more for technical ability and prolificacy than the artistic achievement and vision that tends to get celebrated today, but there were definitely “big names” working in both commercial and public domain software.

One such example of the latter was Stan Ockers, who is sadly no longer with us having departed this mortal coil in mid-2017. In the early days of home computing, Ockers gave us a wide variety of games and software composed in BASIC, initially published in the newsletter for Eugene, Oregon’s Atari Computer Enthusiasts user group and later in Antic and Page 6 magazine.

Today’s game, Vultures III, is perhaps not his best work, but is a good example of how he could harness the limited power of Atari BASIC to produce playable and addictive games — and, like most of his other creations, provided something for aspiring programmers and designers to study and learn from.