Stunt Race FX — or Wild Trax, as it was known in Japan — is not a game that gets talked about nearly as much as many of its contemporaries.

There are a number of reasons for this, chief among which was that it released in 1994, when excitement for Sony’s PlayStation — originally intended to be a CD-ROM-based add-on for the Super NES, lest we forget — was reaching a fever pitch; the 32-bit system would release later that very year, wowing everyone with its smooth, texture-mapped polygonal graphics, high-quality audio and impressive arcade ports.

As with many things that got overshadowed at their time of original release, however, Stunt Race FX remains a fascinating piece of Nintendo history that remains worth exploring.

END_OF_DOCUMENT_TOKEN_TO_BE_REPLACED

A common criticism raised by people who have arbitrarily decided for one reason or another that they are “anti-Nintendo” is that the company relies too much on rehashing old ideas, particularly when it comes to its “big” franchises.

This is, of course, nonsense, and nowhere is this more apparent than in the company’s flagship Super Mario series. The portly plumber’s past few adventures have included a simple but enjoyable mobile game that eschews gacha nonsense in favour of accessible mechanics, a full-on construction kit with online functionality, a vast but highly accessible, level-based 3D platform adventure with the option to play in cooperative multiplayer and a challenging 2D platform adventure later expanded with an even more difficult set of levels. And this is to say nothing of how the series has continually reinvented itself over the years.

Super Mario Odyssey for Nintendo Switch continues Mario’s proud tradition of starring in an enormously varied series of games that cater to the tastes of both casual and hardcore gamers alike. And it’s one of his best games to date.

END_OF_DOCUMENT_TOKEN_TO_BE_REPLACED 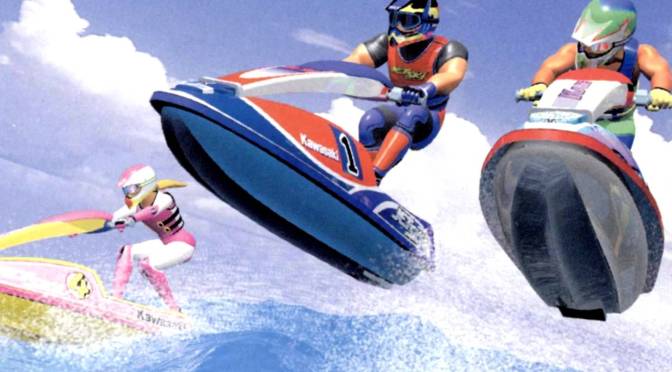 Some of my fondest memories from my formative years have the Nintendo 64 as their focal point.

Whether it was indulging in loud-mouthed, profanity-laden four-player GoldenEye, Perfect Dark and Duke Nukem 64 deathmatches or just me and my similarly non-sporty school friends desperately trying to understand the appeal of the World Cup through the use of EA’s imaginatively titled World Cup 98, this console holds a special place in my heart.

And yet somehow up until now I’d never played one of its most well-respected games: Wave Race 64. And now I am kicking myself for not checking it out sooner.