You know how sometimes you see a game and you think “that looks like fun, but it probably doesn’t have a whole lot to say”?

I should know better than to think like this by this point, as I’ve had my expectations subverted more often than not over the course of the last decade or so, but nevertheless, it still happens; I still sometimes end up surprised by getting both exactly what I expected and a whole bunch of other stuff besides.

Today’s award celebrates a specific game that I took a long time to get around to actually playing… but I’m really glad I finally did.

END_OF_DOCUMENT_TOKEN_TO_BE_REPLACED

There’s a convincing argument to be made that a long-running video game franchise has only seen true success when it’s had a video pinball spinoff on a Nintendo platform.

I jest, obviously, but there are a number of fun examples from over the years — primarily direct from Nintendo, it has to be said, what with Metroid, Kirby, Pokémon and Super Mario all getting the bouncing balls treatment.

Senran Kagura is a series about ninja girls, though, so how on Earth could that possibly… oh, you know they’ll find a way. Let’s take a closer look.

END_OF_DOCUMENT_TOKEN_TO_BE_REPLACED

It’s understandable that some people approached Senran Kagura Peach Beach Splash with a certain amount of trepidation prior to its initial release.

After all, here was a series that was supposedly about ninja girls fighting an unseen battle against the otherworldly youma forces, and yet their next game seemed to have them all clad in bikinis having water pistol fights with one another. Sure, the fanservice angle had always been part of the series… but surely, surely we were going a bit off-piste now, right?

Two things. Firstly: Bon Appétit would like a word about going “off-piste”. And secondly: Peach Beach Splash is absolutely a worthy sequel to Estival Versus that sets the series up for what will hopefully be an apocalyptic, climactic finale. In the meantime, though, yes, water guns.

END_OF_DOCUMENT_TOKEN_TO_BE_REPLACED

I’m no expert on mech games — or indeed the mecha “genre” in general — but Daemon x Machina had me intrigued from the moment Nintendo announced it.

And it’s certainly a game that is worthy of your attention, regardless of whether or not you have an interest in giant robots blowing things up; the sheer amount of pedigree attached to the project makes it immensely intriguing.

With that in mind, then, I decided to give the Prototype Missions demo that launched on Valentine’s Day a go. Read on for some impressions!

END_OF_DOCUMENT_TOKEN_TO_BE_REPLACED

Here in the West, we’re all thoroughly familiar with the idea of furthering your enjoyment of a game by purchasing additional merchandise to celebrate your love of it.

Depending on the game, we might get action figures, posters, comics, books, soundtrack CDs… but rarely something “extra” in the original medium, unless a sequel comes along, or perhaps some DLC.

One thing that Japanese developers and publishers like to do — and which we’re seeing increasing numbers of localised for English-speaking audiences — is produce a “fandisc” for a popular work. And while the idea may seem self-explanatory, I’ve seen plenty of examples of people who don’t quite “get” it.

END_OF_DOCUMENT_TOKEN_TO_BE_REPLACED 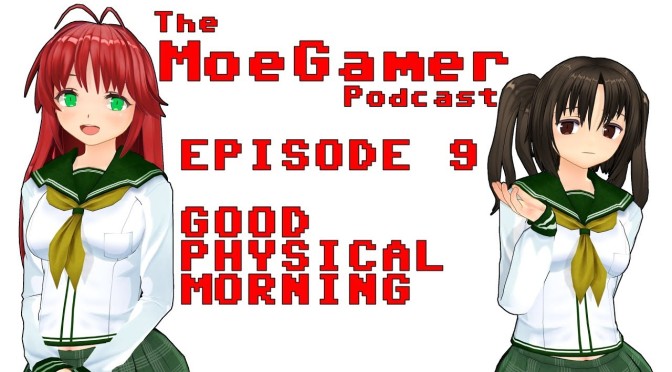 After a few weeks of scheduling conflicts, Chris and I are back together once again for another episode of The MoeGamer Podcast.

Remember, the podcast is now available both on YouTube in its full video glory, and now as an audio-only version too. You can enjoy this on the Soundcloud site, subscribe via RSS or look us up on several popular podcast platforms, including iTunes.

Or you can just hit the jump here to enjoy the show in both video and audio formats right here on MoeGamer.

END_OF_DOCUMENT_TOKEN_TO_BE_REPLACED

A recent article published by PlayStation Lifestyle suggested that Senran Kagura creator Kenichiro Takaki has considered toning down the fanservice elements of his most famous series.

Speaking with the site, Takaki-san reportedly said that he had pondered this possibility “a little bit… the game started out very small and that was the big selling point in order to move units. Now that the franchise has grown and is getting more popular, it might be worth considering having features that differ depending on where it’s being sold. That way it might be able to sell better in certain regions where it would be problematic to have that kind of content.”

He did, however, also note that “there are also reviews that ignore the games due to the sexual content, and write it off from the start, so those aren’t very helpful. If you’re going to write it off due to a main component then that game just isn’t for you, and that review isn’t really useful as feedback.”

I’d like to take this opportunity to address Takaki-san, Marvelous Games and any other content creators who make fanservice part of their work, and reassure them that their work is welcome, enjoyed and appreciated by fans of all descriptions from across the world.

END_OF_DOCUMENT_TOKEN_TO_BE_REPLACED 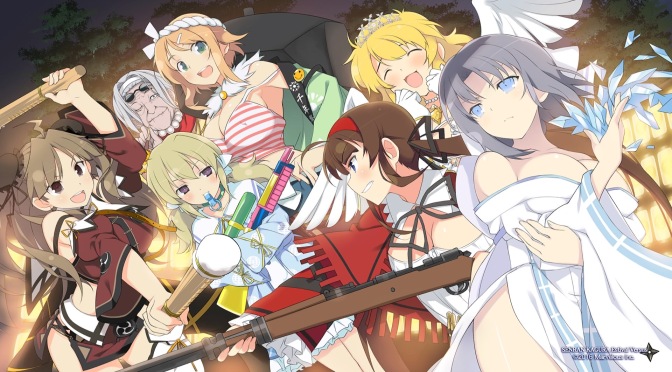 One of the biggest strengths of the Senran Kagura series as a whole is its comprehensive lore, consisting of numerous intertwining character backstories and its own take on Japanese mythology.

Interestingly, the complete series doesn’t take a linear approach to exploring its narrative, instead breaking itself into three main branches: the “main” plot, the Versus plot, and the spin-off stories. Each of the individual installments stand by themselves as a complete story in their own right, but taken in context with all the other companion pieces, it’s clear that Senran Kagura is a franchise that has been thoroughly planned from start to finish — and it’s very likely we haven’t seen the last of it with Estival Versus, not by a long shot.

So where does Estival Versus itself fit in to the grand scheme of the complete series? Read on and let’s find out.

END_OF_DOCUMENT_TOKEN_TO_BE_REPLACED 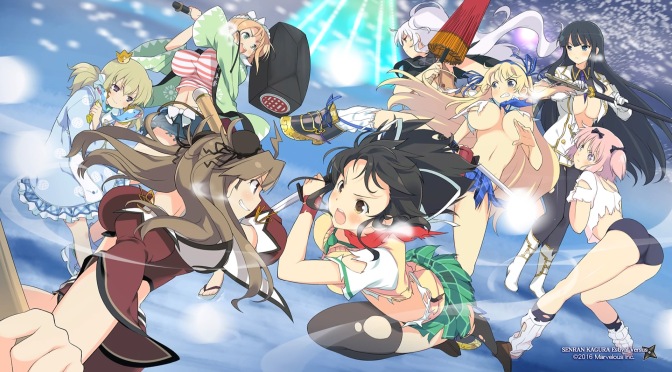 The Senran Kagura series as a whole primarily has its roots in the brawler or beat ’em up genre, and while it draws mechanical influences from both classics in the field and contemporaries, it very much has its own identity.

Exactly how Senran Kagura channels the brawler genre has evolved somewhat over the game’s several installments. The first game in the series, Senran Kagura Burst, is most recognisable as a classic-style beat ’em up, but while all the subsequent entries make shifts into 3D to varying degrees, the fundamentals remain quite similar.

To understand the mechanics on display in Senran Kagura Estival Versus, it pays to look at the history of the genre as well as more modern contemporaries. So that’s exactly what we’re going to do.

END_OF_DOCUMENT_TOKEN_TO_BE_REPLACED

Senran Kagura is one of the most consistently misunderstood series in the entire Japanese gaming canon.

At least part of this is due to the outspoken nature of series creator Kenichiro Takaki who, legend has it, only created the series in the first place because he wanted to see breasts popping out of the glasses-free stereoscopic 3D screen of the Nintendo 3DS, and who is credited with “Righteous Boobage” in every installment’s credit roll.

In a way, this is kind of unfortunate, since it causes a significant number of people — and press outlets — to write the series off as nothing more than cheap fanservice. In reality, however, although the game does include a significant amount of cheeky, overtly sexualised content, it’s a great deal more than titillation, featuring a strong ensemble cast, gameplay mechanics that have evolved, changed and improved between installments — and between different host platforms — and an intriguing unfolding story that draws together elements of Japanese mythology and a more creative, fantastic element of what life as a shinobi might be like in modern-day Japan.