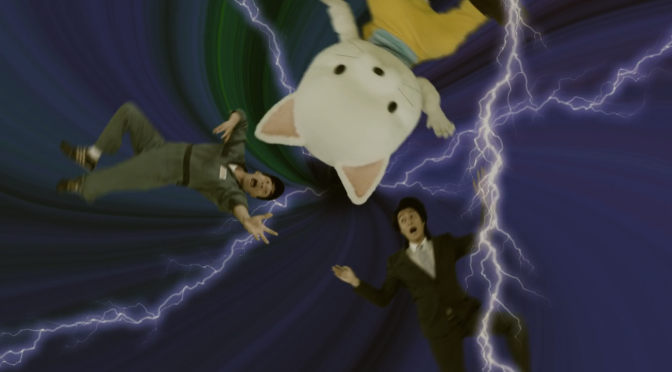 Many games these days make a point of providing some sort of “added value” over and above their base experience. Be it a postgame chapter with stiff challenges, post-launch DLC or a New Game Plus mode, these features are typically there to keep you playing even after you see the credits roll.

Visual novels, as an offshoot of video games, aren’t typically known for having substantial postgame content other than the “metagame” that multi-route titles have: seeing all the possible narrative routes and collecting all the CG illustrations. But, as we’ve already established fairly comprehensively in this feature already, Spike Chunsoft’s 428: Shibuya Scramble isn’t a game to do things… “conventionally”.

Oh, sure, the base game has 85 “bad ends” to collect (with a series of trophies and achievements attached to these, encouraging you to seek them out rather than avoid them — and it’s worth doing so because several are very odd indeed!) as well as a “normal” and a “true” ending, but once you’ve seen the main narrative through to a satisfactory conclusion, you’re not done. Not by a surprisingly long shot.