If you’re a gamer on a budget or simply going through a lean month or two, it’s always a good idea to have one or two “evergreen” games on your shelf.

The concept of an “evergreen” game is simple: it’s a game that you can always return to at any time and have an enjoyable experience with. It’s a game you can set aside for weeks or months at a time before returning to when you feel like it, able to pick right back up where you left off.

Evergreen games can involve narrative, but the best ones place a strong focus on mechanics, providing them a pick-up-and play quality coupled with extensive — potentially infinite — longevity. One game that I covered in 2018 definitely fits that bill more than pretty much any other.

END_OF_DOCUMENT_TOKEN_TO_BE_REPLACED

You know how dedicated MMO players say that the game is “just beginning” when you reach the level cap? Hyrule Warriors is a bit like that in some respects; completing the main story mode is far from the end of the game.

In fact, one might argue that the “endgame” of Hyrule Warriors, if you choose to look at it in that way, is in fact the most substantial meat of the package. Eschewing the narrative focus of the main story mode in favour of a non-linear, mechanics-centric experience that is all about just having fun as you see fit, this part of the game will keep you busy for a long, long time.

And, moreover, it will do this not by forcing you to grind the same things over and over again, but instead by offering you a huge variety of different, highly replayable challenges that each put their own fascinating twists on the core mechanics of the game.

END_OF_DOCUMENT_TOKEN_TO_BE_REPLACED

Hyrule Warriors incorporates a variety of characters from across the Zelda timeline, but also has a few original creations in the mix, too.

One of these is the busty main antagonist Cia, who at the time of writing you can admire in the banner at the top of the page. She most certainly has her considerable appeal… but I think I’d be a bit terrified of what she’d do to me if she ever found out I’d called her a “waifu”.

So let’s take an altogether safer option: Lana, a delightfully cheery young woman whom you come into contact with relatively early in Hyrule Warriors’ main story.

END_OF_DOCUMENT_TOKEN_TO_BE_REPLACED

The Warriors series as a whole has experimented with a few twists on its basic mechanics over the years, and Hyrule Warriors most certainly provides one of the most accessible, immediate takes there is.

This is at least partly down to the influence of Koei Tecmo’s division Team Ninja, who played a role in the game’s development alongside longstanding series producers Omega Force. The result is a speedy, fluid Warriors game that is easy to get into but challenging to master in its entirety.

Today we’re going to take a look at the various components that make Hyrule Warriors’ gameplay tick, and see how they come together to create such an enjoyable experience.

END_OF_DOCUMENT_TOKEN_TO_BE_REPLACED

Zelda is an interesting entry in Nintendo’s substantial portfolio of beloved characters… because she isn’t just one character.

While some may debate whether or not the convoluted, multi-universe, split-timeline narrative of the Legend of Zelda series as a whole was intentional from the start, it’s certainly true that both series protagonist Link and the titular princess have undergone numerous revisions over the years. And, in the latter case, she’s become some of Nintendo’s most memorable characters. Plural.

Let’s take a look at some of my favourite takes on Zelda — and if your picks differ from mine, feel free to share ’em in the comments.

END_OF_DOCUMENT_TOKEN_TO_BE_REPLACED

It’s that time again! No, not THAT time, podcast time. Jeez.

I’m once again joined by my good friend and longtime supporter Chris Caskie to discuss a subject that is close to both our hearts: graphics.

Hit the jump to watch the full video episode… and I’m working on getting audio-only versions set up now that we’ve established a good formula for these.

END_OF_DOCUMENT_TOKEN_TO_BE_REPLACED 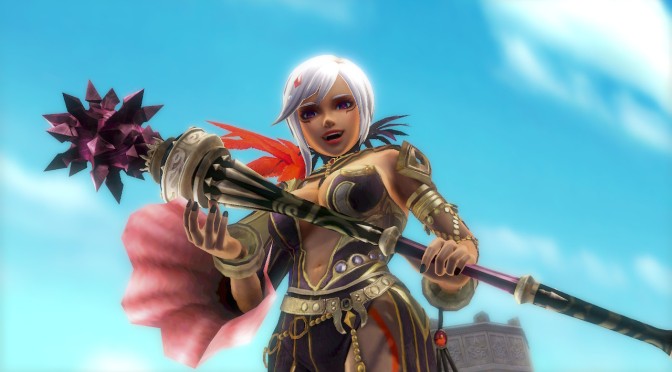 Omega Force’s Warriors (or Musou, if you prefer) is one of the longest-running, most prolific series in all of gaming. And yet it is also one of the most commonly misunderstood and misrepresented in terms of its gameplay.

Often dismissed by critics as being little more than mindless button-mashers, the Warriors series has, over time and the course of more than 50 individual releases for various platforms, continued to evolve and experiment to bring us to where we are today. Not only that, it has proven to be a great way to get people interested in a number of real-world historical events such as the Three Kingdoms era of Chinese history (Dynasty Warriors) and the Sengoku period of Japanese history (Samurai Warriors) — as well as providing its developers the opportunity to explore more creative, fantastic stories that involve large-scale conflict.

Hyrule Warriors: Definitive Edition (just Hyrule Warriors hereafter), of course, falls into the latter category… but before we dive into it in detail, let’s take a look at the series as a whole and see exactly how we got here.

END_OF_DOCUMENT_TOKEN_TO_BE_REPLACED

Since its third installment A Link to the Past, Nintendo’s Legend of Zelda series has had a fine variety of memorable female characters.

My personal favourite from among this varied cast hails from the fourth game in the series, Link’s Awakening. This is one of my most fondly regarded installments for numerous reasons, including its divergence from the “traditional” Zelda narrative formula, its solid gameplay and the sheer technical feat of squeezing such a sprawling, consistently well-designed game onto the Game Boy.

But for all these good points, when I think of Link’s Awakening, my mind always goes to one place before anything else. And that place is sitting on a log overlooking the ocean, sitting next to Marin and wondering if there’s something between us.

END_OF_DOCUMENT_TOKEN_TO_BE_REPLACED

Whew! This was a pain to get uploaded. Pro-tip: never put Pokemon footage in your YouTube video because it will get the damn thing blocked in all countries.

Anyway. This is the latest episode of The MoeGamer Podcast, featuring the triumphant return of Chris and a return to our usual format.

Hit the jump to see the new episode and find out more!