I love the fact that modern gaming is such an interesting, broad medium that it is possible to even contemplate something like the idea of a “Best Couple”. When I think back to the earliest games I played, and their mechanics-centric, narrative-free, abstract representations of various concepts and consider how far we’ve come, I get very happy indeed. Not that there’s no value in those old games or indeed modern mechanics-centric narrative-free experiences, of course; it’s just nice we also have the option to immerse ourselves in more narrative-centric experiences such as visual novels now.

There were a number of excellent candidates for the title of “Best Couple” from the games I’ve played and written about this year. But the more I thought about it, the more I kept coming back to one pairing in particular, so it ended up being a fairly easy choice.

END_OF_DOCUMENT_TOKEN_TO_BE_REPLACED

With visual novels having a lot more in common with conventional, non-interactive fiction than many other types of video games, it’s eminently possible for individual authors to give their work a clear sense of artistic identity and authorial voice.

Such is the case with Ne no Kami and Sacrament of the Zodiac, the work of Japanese circle Kuro Irodoru Yomiji and writer Fenrir Vier, who have made a great deal of effort to ensure that their work — and the world they’ve created — are internally consistent and true to their original visions.

In other words, unlike larger-scale projects developed by huge organisations, many members of whom have contrasting and conflicting priorities in development, the small team behind Ne no Kami was able to focus on giving their work a clear sense of artistic integrity rather than thinking of it as a “product” first, a creative work second.

I was fortunate enough to have the opportunity to pick Fenrir Vier’s brain about the creative process behind the development of such a piece of work.

END_OF_DOCUMENT_TOKEN_TO_BE_REPLACED 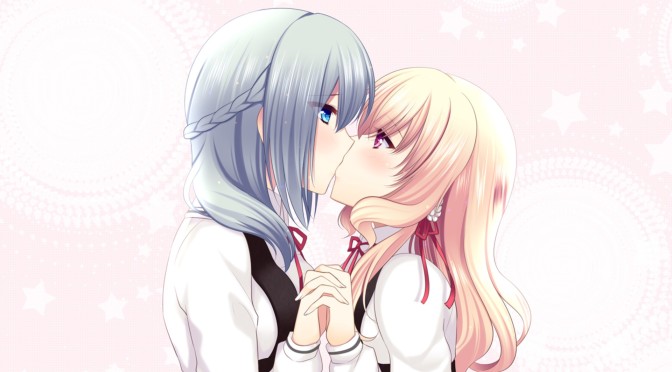 Due to the fact that they are often rather substantial, ambitious undertakings, in many cases with multiple narrative routes, visual novels are often treated as “standalone” affairs. As such, it’s relatively rare to come across multiple works set in the same narrative universe.

There are exceptions, of course: the Grisaia series, which we covered last month, presently comprises three very long visual novels, with the series set to continue further later this year with Phantom Trigger, which unfolds after the conclusion of Yuuji’s adventure. And this month’s Cover Game, Ne no Kami: The Two Princess Knights of Kyoto, also falls into this category, with protagonist Len’s story unfolding across two games, the second of which is yet to be released.

Ne no Kami doesn’t stop there, though. At the very outset of the game, we’re introduced to two young women named Hitsuji and Arissa, the former of whom is a friend of protagonist Len. We don’t see them again for the duration of Ne no Kami’s narrative because they’re not directly relevant to Len’s story, though there are a couple of occasions where Len comes across things in her new life that remind her of her friend.

It is possible for us to find out more about these two mysterious young women, though, through the visual novel Sacrament of the Zodiac: The Confused Sheep and the Tamed Wolf, a title that unfolds in the same narrative universe as Ne no Kami, but which has a very different focus indeed.

END_OF_DOCUMENT_TOKEN_TO_BE_REPLACED

The narrative of Ne no Kami: The Two Princess Knights of Kyoto has a number of different threads, all of which intertwine with one another to create a rather compelling whole.

We have the very personal story of the protagonist Len, as she attempts to come to terms with a new world that is vastly different from everything she has ever known. We have the story of humanity’s hidden struggle to protect the world against horrors that most people will never know about. And we have the story of lifelong feelings of love that, although based on a misunderstanding, have grown into something genuine that transcends traditional societal norms.

There’s a lot going on, in other words — even though the work as a whole is a single-route kinetic novel with no choices for the player to make. In many ways, though, that’s an entirely appropriate structure for the story Ne no Kami is trying to tell: more than anything else, it’s a tale of being swept along by fate, seemingly unable to deviate from the plan the Universe has for you despite your best efforts to find alternative solutions.