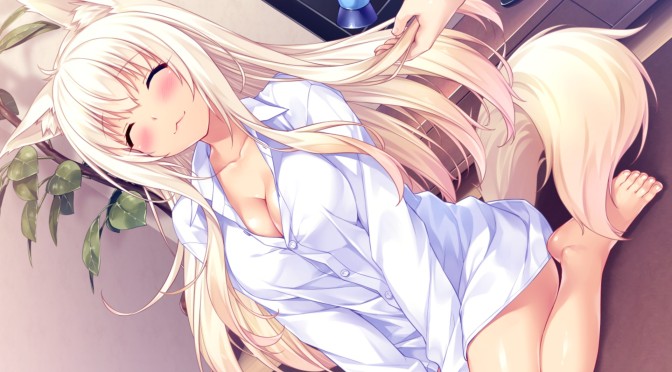 Honesty is the best policy, as the idiom has it. And the further you delve into the Nekopara series, the more it becomes clear that this enjoyable series of visual novels is designed with this philosophy at their core.

Several of the Minaduki catgirls describe themselves as inherently honest (albeit whimsical) creatures, preferring to rely on their natural instincts and desires rather than indulging the distinctly human tendency to say one thing and mean another… though it comes more easily to some than others.

The rather deadpan Vanilla, who is explored in detail in the first volume of the series in particular, finds it very easy both to be honest — to an abrasive fault at times — and to encourage her peers to be honest with themselves.

Others such as Azuki and Coconut have a tougher time, however, and it’s this latter pair’s struggles with this concept that forms the backdrop to Nekopara vol. 2.

END_OF_DOCUMENT_TOKEN_TO_BE_REPLACED

The concept of the “fandisc” is a curiously Japanese phenomenon that allows fans to engage with their favourite works in alternative ways, and for creators to celebrate the success of a work without making a full-blown sequel.

The closest equivalent we probably have here in the West is downloadable story DLC or expansion packs for popular video games, but those aren’t quite the same thing as a fandisc; while exceptions exist, they tend to be about “adding value” to an existing product, whereas your typical fandisc stands by itself as its own discrete title in the context of a larger series.

Such is the case with Nekopara vol. 0, an all-ages fandisc for the series that launched in August of 2015, about eight months after the surprise success of vol. 1.

END_OF_DOCUMENT_TOKEN_TO_BE_REPLACED

And so we come to Nekopara vol. 1, the first of this series of popular eroge, and the beginning of a worldwide phenomenon.

Except that’s not quite accurate; while Nekopara vol. 1 was indeed the first place that many fans came across this series — particularly in the West — it’s far from the beginning of the story as a whole.

To see the origins of Nekopara and everyone’s favourite catgirls, we need to look back much further to some non-game works by series artist Sayori, and how those designs evolved into the colourful, cutesy funtime we know as Nekopara today.

END_OF_DOCUMENT_TOKEN_TO_BE_REPLACED 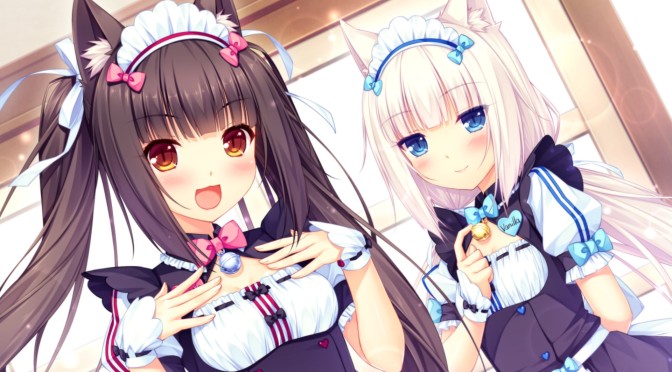 Nekopara (or “Cat’s Paradise”, if you prefer) is a series of catgirl-centric visual novels that has become a genuine worldwide phenomenon since its launch in 2014.

Since the release of first game Nekopara vol. 1, developer Nekoworks has brought out roughly one new installment a year, beginning with the short fandisc prequel Nekopara vol. 0 in 2015 before continuing with vol. 2 and vol. 3 in 2016 and 2017 respectively.

Unusually for a visual novel, the whole Nekopara series has seen simultaneous worldwide releases since its inception rather than releasing in its native territories first then localising later. This has helped fans across the world enjoy its lightweight slice-of-life comedy together, and has almost certainly been a huge contributing factor in making it so popular in both the East and West.

We’re going to start our look at the series with a broad exploration of where the catgirl phenomenon as a whole came from, and how Nekopara fits in with all that.