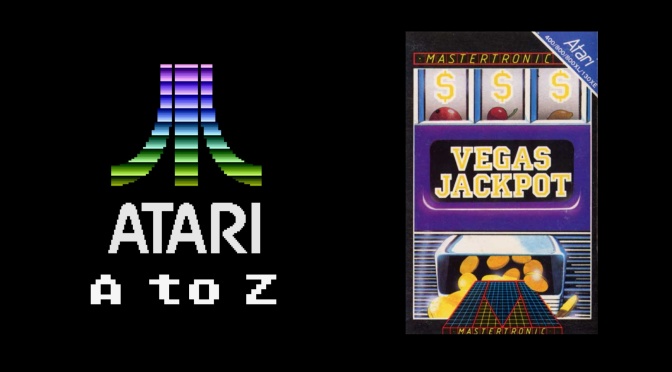 I’ve never really seen the point of slot machine games. You don’t win anything, you don’t risk anything and the level of interaction between you and the game is minimal at best.

That didn’t stop lots of developers from putting them out in the early days of home computing, though — and in the grand scheme of things, Mastertronic and Sculptured Software’s Vegas Jackpot for Atari 8-bit is probably one of the better ones. There’s still very little reason to spend your time on this today though! 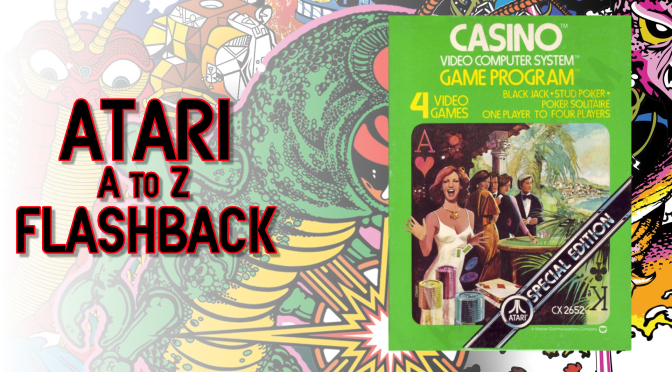 As we’ve previously seen, the Atari 2600’s launch lineup included a competent but fairly no-frills adaptation of the game of Black Jack.

A year later, creator Bob Whitehead followed it up with the much more substantial Casino, which not only expanded Black Jack’s gameplay with hand splitting and insurance betting, but also included stud poker for up to four players, and an enjoyable “poker solitaire” puzzle game.

Okay, sure, compared to modern offerings it might still seem rather limited… but there’s fun to be had here, especially if you bring some friends along for the virtual gambling fun! 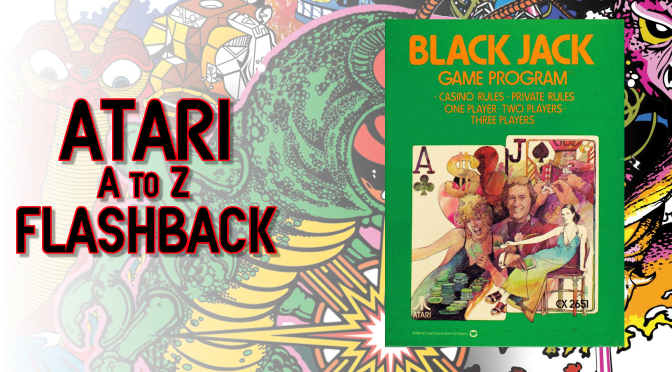 I’ve never been especially good at gambling. Largely because I don’t do it a lot.

Experimenting with simulated gambling doesn’t fill me with a ton of confidence, you see, because games like this are an excellent way to see that, inevitably, if you keep going you’ll end up with nothing more often than not.