Sibling rivalry is a terrible thing, particularly when the siblings in question have access to a fire-breathing dragon and flame-reflecting shields. You better hope those builders you hired did a good job on the walls this time around, otherwise you’re in for a fiery evening.

Warlords is a classic four-player take on the Pong and Breakout formula that challenges players to bat a ball back and forth between four corners of a play area, knock one another’s walls down and eventually be the last one standing. It’s a beloved classic in both its arcade and 2600 incarnations — and supposedly the 2600 version was actually developed first, despite releasing later. 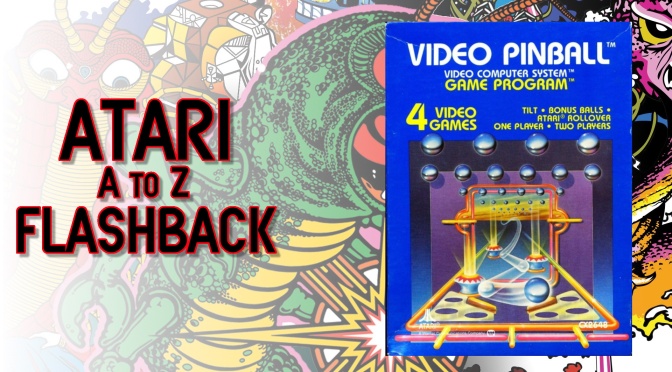 Several games from the early years of the Atari 2600 were based on earlier dedicated video game hardware released by Atari — and Video Pinball is a good example.

Offering a simple but surprisingly enjoyable take on pinball — albeit one that only slightly resembles the real thing — Video Pinball is a fun game with which to while away a few minutes, especially if you don’t feel like working your brain too hard.

Ah, golf. The one sport I can get behind in that it involves minimal physical activity (aside from walking about a bit and occasionally giving a small ball a hefty thwack) and is mostly about being very quiet.

Video game adaptations of the game that spoiled many a good walk have been around for a long time, as it happens, with one of the earlier ones being Atari’s own simply named Golf for Atari 2600.

Let’s go play a round in the video below — meet me in the 19th hole and subscribe on YouTube when you’re done!

It might be hard to imagine now, but there was a time in gaming history when it was considered to be a seriously impressive technical achievement to get more than two or three things moving simultaneously on a screen.

Atari’s 1977 release Pool Shark is an early example of the company continuing to push the fledgling medium of video games forward. Not only was it a game that demonstrated the power of microprocessor-based hardware rather than the earlier transistor-to-transistor logic technology, but it also had, like, a whole mess of balls flying everywhere.

And like many of these early Atari arcade games, it’s simplistic… but really rather addictive! Be sure to give it a try.

It’s Pong! The grandaddy of them all. Well, okay, not the absolute first ever computer game ever EVER, but it was certainly the first widely successful one.

If you have the slightest familiarity with gaming, surely Pong needs little to no introduction, but you might be surprised to know that it actually still holds up rather well today. It’s gaming stripped down to its bare essentials, both in terms of graphics and mechanics — and it still works wonderfully as a competitive game.

Fortunately, with how well-known it is and how easy it is to program a convincing clone (even I could probably do it if I tried hard enough!) there’s no shortage of ways to play it these days… but if you really want the true experience, you gotta go Atari. 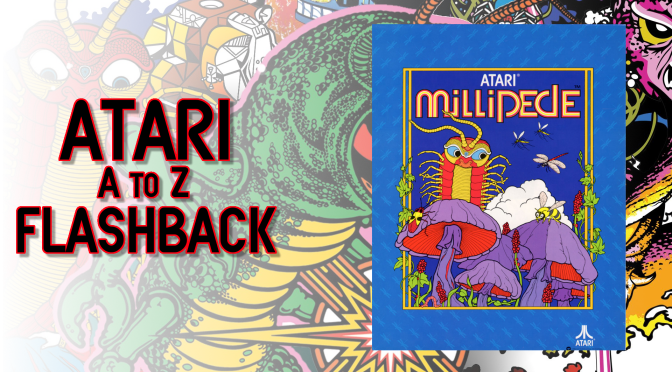 Legend has it that in the Davison household, the usually entirely justified righteous fury of our matriarchal figure towards yet another example of silly men and boys doing silly men and boys’ things could only be quelled by one thing: Millipede.

And for sure, Millipede makes for a great stress-reliever, with its frantic, non-stop blasting action not really leaving you any time to be annoyed about who dribbled wee on the floor, didn’t load the dishwasher or failed to tidy their room when requested.

Of course, if you’re not already stressed, its defining characteristics are also a pretty good means of elevating your own anxiety levels somewhat, too… so please bear in mind that this is not in any way intended to be clinical advice!

If, in 1978, you ever entertained any childish fantasies of being a fireman, then Atari had the video game for you!

Fire Truck was an unusual spin on the top-down driving game in which you took control of a distinctly retro (even at the time) fire engine on its way to deal with some sort of flame-related emergency. The fire truck has limited fuel and thus is unable to ever get to its destination, but at least you can score some points along the way! Because as we all know, real firemen are rated according to how close to the emergency they got.

Obviously this is mostly made up; the “fire truck” concept is actually an excuse to provide some interesting and unusual two-player cooperative driving gameplay, in which one player steers the cab of the truck and the other the trailer. You can play it single-player too, but for maximum amusement, bring a friend.

This 3D perspective take on the Pac-Man formula is a popular game from Atari’s early days, and enjoyed numerous home ports over the years, particularly on Atari’s own platforms. It’s a fun — if challenging — game, and remains noteworthy from a historical perspective for being one of the first arcade games out there that it’s actually possible to “beat”. Although good luck with doing that.

Also, if you score first place on the high score table, you get to enjoy your initials presented in 3D trimetric projection for everyone to admire on the first level of each new playthrough!

Not every retro game has stood the test of time quite as well as others. But one I think we can all agree remains just as fresh today as it was back in the day is Centipede.

Developed as a specific attempt to appeal to a broader audience than just the stereotype of young male gamers, Centipede’s bright colours, energetic gameplay, trackball controller and relatable concept made it a big hit with male and female players, both young and old.

This game was a favourite of my whole family growing up… and my mother was nigh-unbeatable at both this and its sequel Millipede!