Nier creator Taro Yoko is particularly fascinated with death: not only the concept itself, but also how different people respond to it.

Yoko’s interest in the subject, as we’ve previously discussed, stems from a traumatic experience in his youth when he witnessed the accidental, easily avoidable death of a friend and discovered, to his surprise, that there was something oddly humorous in the moment as well as it being horrifying. Someone’s existence had come to a premature end, yes, but there was something fundamentally ridiculous about how it had happened; how sudden it was; and how everyone was powerless in the moment to prevent it from happening.

The inherent ridiculousness of death — particularly accidental death — is something that gamers have been familiar with for many years. And so what better medium through which to explore the concept itself — and what better characters to do so with than those that can’t die through conventional means?

END_OF_DOCUMENT_TOKEN_TO_BE_REPLACED 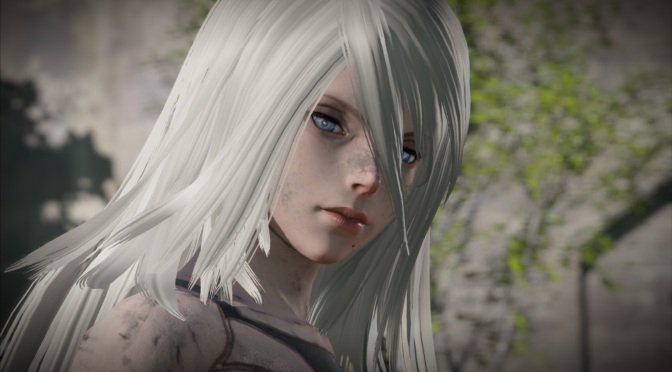 Nier creator Taro Yoko has some strong opinions about how to keep games interesting.

Last time, we heard how he felt that modern triple-A games were often fun for the first twenty minutes, but that he frequently became concerned these initially impressive titles would become tiresome after twenty or more hours. It was this mindset that caused him to design the original Nier with so many unusual features to it, and many of these — and more — have carried across to Nier: Automata.

Today, then, we’ll take a look at Nier: Automata’s mechanical aspects — and how Yoko’s collaboration with Platinum Games has helped him to realise his vision better than ever before.