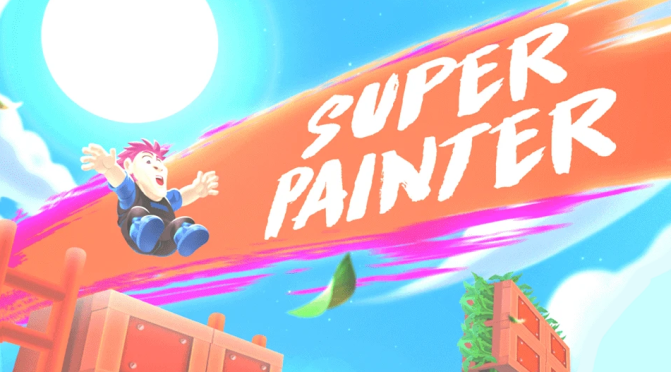 The platform game genre has been around for many years at this point, and, like most other types of games, it has gradually increased in complexity as time has passed.

That hasn’t always been for the better, however. While the shift to 3D with titles such as Super Mario 64 was praised as a huge leap forwards for gaming as a medium, as time continued to tick onwards, a lot of developers felt the need to continually increase the things a player had to think about while they were playing. Eventually we ended up with Rare’s Donkey Kong 64, a game that, while not bad as such, had diluted the simple pleasures of the genre so much with its myriad collectibles that a lot of people bounced right off it.

So sometimes it’s nice to return to simpler times. Times when platform games unfolded on a single screen at a time, and required you to do nothing more than reach a particular point, collect all the things on screen or, perhaps, paint every inch of the level in a particular colour. Enter Super Painter from Retro Souls, part of the Mega Cat Studios Collection cartridge for the Evercade retro gaming platform. 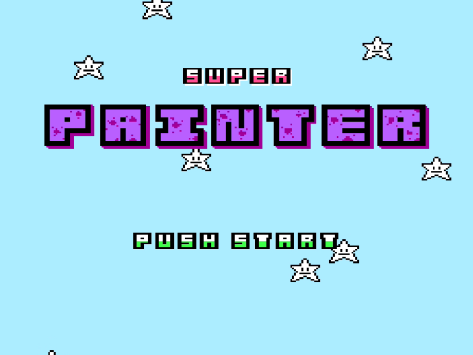 Like Retro Souls’ other games (such as the excellent puzzler Multidude, also on the Mega Cat Studios Collection for Evercade), Super Painter is a modern game developed for a classic platform — in this case, the NES. Unlike Multidude, which began its life as a modern game for the ZX Spectrum home computer and was subsequently ported to NES, Super Painter was developed specifically for the NES. And it shows.

In Super Painter, you take on the role of the titular hero, who has been tasked with bringing colour back to a drab, greyscale world. In order to do this, you’ll have to touch every floor and wall in each single-screen stage to change its colour. When you’ve done this, a magic door to the next stage will open. Touch this and you proceed to the next of the 25 stages in the game. Complete all 25 stages and you are a winner. It’ll take you about half an hour, but it’s fun while it lasts. 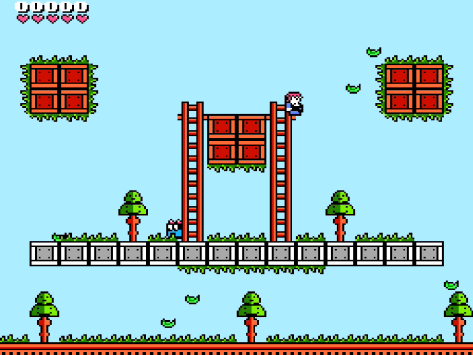 Super Painter’s highlight is its level design, which requires you to develop a solid understanding of the game’s distinctive physics in order to succeed. Your character gradually accelerates up to his maximum speed rather than immediately moving at full velocity. A gentle touch on the controls allows you to precisely position yourself to, for example, fall down a single tile-wide pit; conversely, moving at full speed allows you to run over single tile-wide gaps without falling, similar to how Nintendo’s 2D Super Mario games implement their dashing feature.

The initial stages of the game are very simple, requiring you to simply walk on all the floors while avoiding enemies. As you progress through the stages, more challenging situations present themselves, such as passageways without sufficient headroom to jump over an enemy, stages that require you to control a long fall in order to paint a whole wall in one go, and levels that demand you make good use of the horizontal and vertical wrap-around feature to reach tricky platforms and avoid your foes. 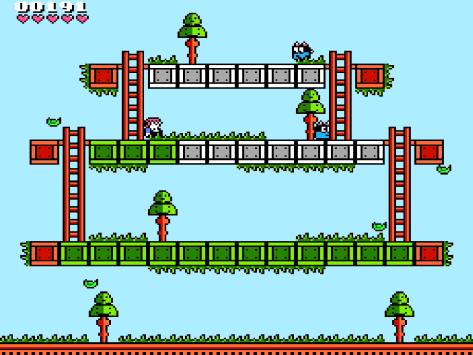 The game is presented with attractive visuals that are clear and well-animated. There are only two types of enemy, but their behaviour can clearly be determined by their appearance. Your own position on screen is always very clear, and there’s not a trace of the NES’ trademark sprite flicker at any point; this really is an efficiently coded game.

This also extends to the sound. The game features a number of excellent musical accompaniments to the action, all of which are well-composed and demonstrate a very strong mastery of everything the NES’ sound chip is capable of. This is one of many benefits of modern titles being developed for classic platforms — in the intervening years since the platform in question was “current”, its capabilities will almost certainly have been completely figured out by the community, which means the possibility of producing things that would have been thought impossible “back in the day”. I’d certainly have been very surprised to hear a soundtrack as elaborate as the one in Super Painter back in the ’80s. 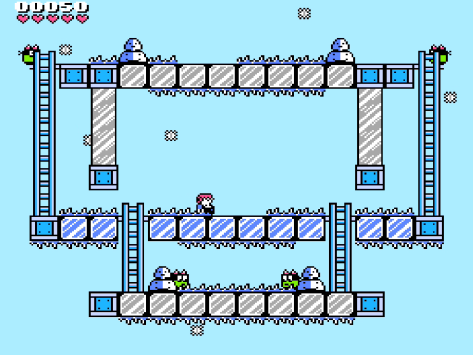 The trouble with Super Painter is that there just isn’t enough of it and, outside of simply re-experiencing the game as a creative work in order to appreciate its technical mastery and excellent music in particular, there aren’t really any compelling reasons to return to it once you’ve beaten it. You can try for a high score or go for a one-credit clear, sure, but the game doesn’t record high scores itself, nor does it limit the number of times you can continue in any way — and the game isn’t really challenging or long enough that a one-credit clear would be a huge achievement anyway.

This isn’t to say it’s a bad game by any means. As part of the Mega Cat Studios Collection for Evercade, it’s an excellent inclusion that is well worth you spending a bit of time with, if only to appreciate that music I keep going on about. As the $40 standalone NES cartridge that Mega Cat is offering, it’s a bit of a harder sell. But then you cal also just download it for free direct from the developers to play on an emulator anyway, so it’s not that big of a deal. 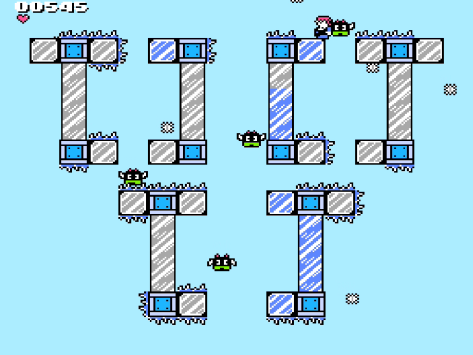 Super Painter, like Multidude before it, demonstrates that Retro Souls has a solid understanding of what makes a good, well-crafted “modern retro” game for a classic platform. It’s an enjoyable, worthwhile experience — though I find myself hoping that some of their subsequent projects will be a little more substantial now that they’ve demonstrated their mastery over small-scale games like this.

I’m by no means saying that they need to follow the trajectory of the platform game genre and unnecessarily overcomplicate things with their next projects; just some more levels in a game like this would be pretty sweet. Imagine Ultimate Super Painter with a hundred levels to blast through, and even more of that amazing music — I’d certainly be well up for that! 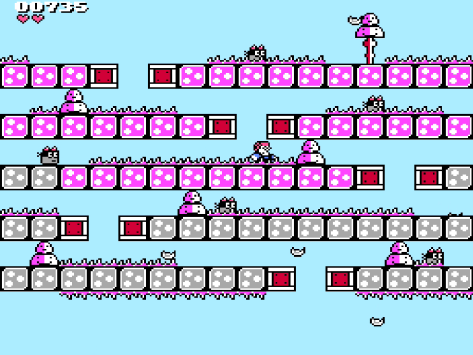 For now, though, Super Painter is what we have — and if you have an Evercade and the Mega Cat Studios Collection cartridge, it’s well worth spending half an hour just enjoying the experience.