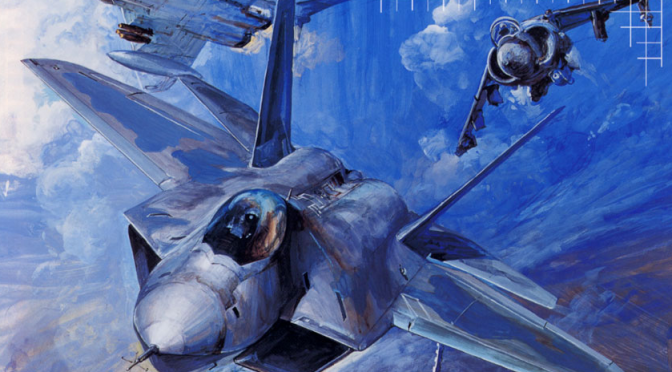 Strikers 1945 III, also known as Strikers 1999, does things a little bit differently to its two predecessors. Not a lot differently, mind, but enough to make it a distinctive experience.

For starters, we’ve shot 54 years into the “future” — well, more accurately, what was the “present day”, since this game actually released for the first time in 1999 — and are now taking on mechanical monsters that have been possessed by nanites. We’re flying modern jet fighters. And we’re dealing with a seriously escalated difficulty level.

Sounds like fun, right? Let’s strap in and get supersonic with this next installment — which, like its predecessors, is included in the Psikyo Shooting Stars Alpha bundle for Nintendo Switch. 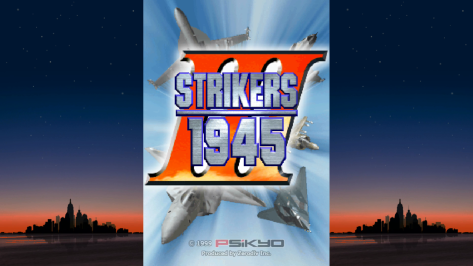 Strikers 1945 III follows the same basic formula as its predecessors. Pick a plane, each of which has its own unique loadout of basic shot, charged shot and bomb type, then proceed through four missions arranged in a random order, then four more stages in a fixed order. Then, assuming you survive this process, proceed to a second “loop” of the game which is much more difficult. Repeat until you run out of continues, you get tired or you suffer some sort of catastrophic, rage-induced brain explosion.

There are a few unique twists on the recipe this time around. Firstly, the charge shot uses a meter similar to that seen in Strikers 1945 II, but rather than a single “shot” lasting for a fixed duration, here you hold down the button and can fire it for as long as there is charge in the meter. This system would later be expanded on in 2000’s Dragon Blaze with that game’s magic system, and it was seen in a slightly different form with the selectable spells in 1996’s Sol Divide. Both of these games can also be found in Psikyo Shooting Stars Alpha… but I digress. 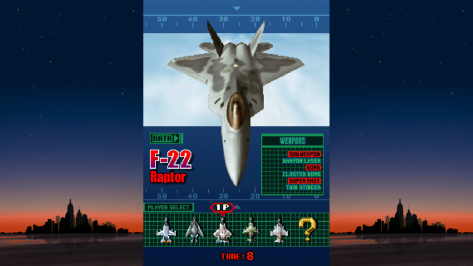 The second new tweak is the “chain” system, which is the way top-tier players will get huge scores. Much like how in the first two games certain enemies and ground installations dropped gold bars on their destruction, many foes and buildings in Strikers 1945 III reveal medals when they are destroyed. Collecting these with perfect timing — when the rotating medal sprite is facing the “camera” head-on and flashing white — will award you 2000 points and start a chain.

Continuing to collect maximum value medals in this way — helpfully indicated by a unique audible cue when you pull it off correctly — will award you additional points for each medal you successfully chain, but grabbing a medal that is not at its maximum value will reset your chain. However, letting medals drop off the screen uncollected will not reset your chain, so by being a bit tactical about things it is theoretically possible to chain the entire game from start to finish. Maybe work on mastering the 1CC first, though. 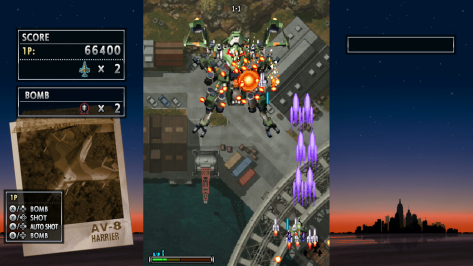 The third new addition to the formula is the Technical Bonus system, which allows for both bonus points and quick boss kills. Each boss you encounter has a brief window where they reveal a blue orb; moving close to this orb and blasting it causes it to turn red, killing the boss near-instantly and awarding you with a massive amount of points.

The catch — of course there’s one — is that the blue orb inevitably reveals itself during the boss’ most intense attack patterns, usually necessitating the use of a carefully timed bomb to clear the screen of bullets so you can quickly take advantage of the opening when you regain control after the pyrotechnics. In order to successfully pull this off, you’ll need to learn the boss’ attack patterns and animation cues, firing your bomb off well ahead of when you need to and boldly advancing without fear. It’s difficult and, yes, technical — but the rewards for successfully achieving a kill like this are substantial. 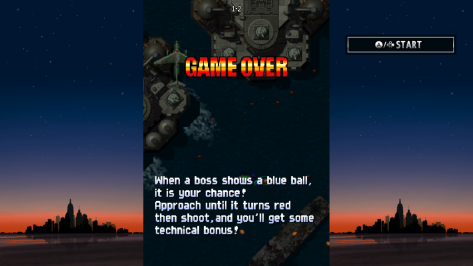 Strikers 1945 III is tough. Unlike the previous two games, the Nintendo Switch version only has four skill levels instead of seven, meaning that the baseline difficulty is much higher. Like many modern shooters, there’s also a hidden “rank” system at play, where you’ll find the same level out of the randomly ordered opening four will be significantly harder if you encounter it later; this escalated difficulty mostly manifests itself as more dense bullet patterns to contend with, both during the main stages and the boss fights. Just surviving those initial four stages can be considered a significant milestone on your Strikers 1945 III journey.

Like Psikyo’s other games, though, that difficulty never feels unfair. It’s frustrating to lose a life — and some of your power-ups — through a careless mistake, but every time it happens, you know it’s your fault for not paying enough attention. And that’s what’s truly frustrating! The bullets are always clearly visible, the patterns are always navigable — or bombable — so it’s just down to practice. And with that baseline difficulty being much higher, you’ll probably find yourself improving quite quickly in this game, assuming you don’t get immediately scared off by the challenge factor. 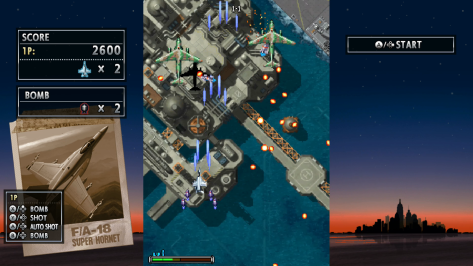 Mind you, even if you do, the core mechanics are so similar to the previous two Strikers 1945 games that you can quite feasibly develop your confidence by working your way through the earlier games’ wide range of difficulty levels, then tackle this third installment again when you feel a bit more secure in your skills. And with all of them being in the Psikyo Shooting Stars Alpha collection — well, there’s no reason not to do that, is there?

Strikers 1945 III is a fitting conclusion to the Strikers trilogy. It offers a stiff challenge for veterans, a welcome change of scenery and planes to fly, and some satisfying new mechanics that are very rewarding to engage with. While those new mechanics and increased difficulty may make it a bit less accessible and approachable than its predecessors, it’s definitely a solid, enjoyable blast — particularly if you rate your bullet-dodging skills!