To quote a now sadly defunct group of gamers of which I used to be a member: “Games of Shame. You know you have them. They sit in your closet, collecting dust: little jewels that you always tell yourself you are going to play, but never get around to.”

Part of the reason MoeGamer is a thing at all is a continuation of what this group, known as the Squadron of Shame, was known for: deliberately delving into the overlooked and underappreciated games from both yesterday and today, and playing the crap out of them until we could talk about them in detail.

As someone with an absolutely enormous… backlog, I have quite a few games that I’m absolutely dying to write about. But one in particular keeps mocking me from my shelf… and by golly, I’m going to make 2020 the year in which I actually knuckle down and crack on with it!

SaGa, a Square Enix series that has historically been fairly niche-interest in the West, has become pretty fashionable of late. Quality remasters of Romancing SaGa 2 and 3 along with a localisation of twelfth installment SaGa Scarlet Grace Ambitions have brought the series into the spotlight, and a lot of people have been discovering its bizarre, idiosyncratic charms for the first time.

For the unfamiliar, SaGa is a series that distinguishes itself from its more well-known stablemate Final Fantasy with a non-linear structure and a high degree of replayability. It is also often seen as an evolution of Final Fantasy II’s mechanics, whereby progression is dependent on performing specific actions rather than simply grinding for experience points, though it expands considerably on Final Fantasy II’s notoriously easy to exploit systems.

Unlimited Saga for PlayStation 2 is a curious installment in the series that is quite unlike… well, pretty much any console RPG I’ve ever seen, either before or since. While featuring unconventional mechanics and progression, the other SaGa games at least looked like RPGs of the period; Unlimited Saga, meanwhile, abandons all that, with an overall look and feel that is much more inspired by tabletop role-playing than being a “video game”.

What’s curious is that despite the fact that this was only ever going to be a particularly niche-interest installment in an already niche-interest series, Square Enix actually made a reasonably big deal of its release. It got a lovely release in a cardboard sleeve rather than the standard DVD cases of the PlayStation 2 era, and generally looked to be a high-quality production.

However, despite a positive reception in Japan, it was pretty much slated on its original release in the West by both press and public alike; I’m sorry to say that I was one of those people who bought it back then, was completely baffled by it and ended up trading it in before I ever really gave it a chance. Looking back on it from a modern perspective — and with a much greater understanding of tabletop gaming, for that matter — makes me regret this enormously… but I’m a strong advocate of “it’s never too late”, and thus I’m genuinely excited to dive into this one and properly put it through its paces.

This is a game that is so complex and mechanically rich that there’s a guy on YouTube who made a series of tutorial videos that runs to approximately 90 minutes in total; a game that is notorious for being seemingly impenetrable (and deliberately poorly documented); and a game that is incredibly rewarding if you try things out for yourself and see what happens. The clue’s in the name “Unlimited”; you really are supposed to approach this like a tabletop role-playing session, with your PS2 acting as a dungeon master. This isn’t a linear RPG where most of the plot-relevant “thinking” is taken care of for you; this is a game where you really need to play your character, understand how they work, take advantage of their strengths and compensate for their weaknesses.

I can’t wait to dive into this game in more detail. I’ve been saying that I’m going to do this for several years at this point, but I swear here and now that 2020 is going to be my Year of Unlimited Saga. I’m going to play this game, I’m going to understand it (at least partially) and I’m going to have a good time with it. And, lucky you, you get to come along for the ride!

At present, this is likely to happen a few months down the line, as at the time of writing I have visual novel LAMUNATION! pencilled in for first thing in the year, followed by a bumper crop of Atelier games — definitely the Dusk trilogy, possibly Ryza and perhaps Lulua if I can take any more cute girls blowing things up in cauldrons — but after that, the future is, as I type this, a mystery. 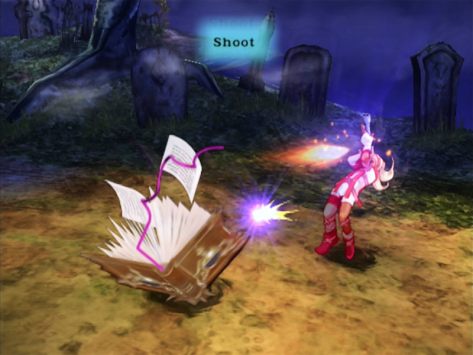 I feel like Unlimited Saga is going to be one of my most significant challenges to date. Longstanding readers of MoeGamer will know that my approach to gaming is always to try and “find the positive”, no matter how deeply that “positive” may be buried. As a game seemingly not liked much by the public at large, I suspect Unlimited Saga is going to take some work to unearth that “positive”, but I know it’s there. I just know it.

And I can’t wait to find it.