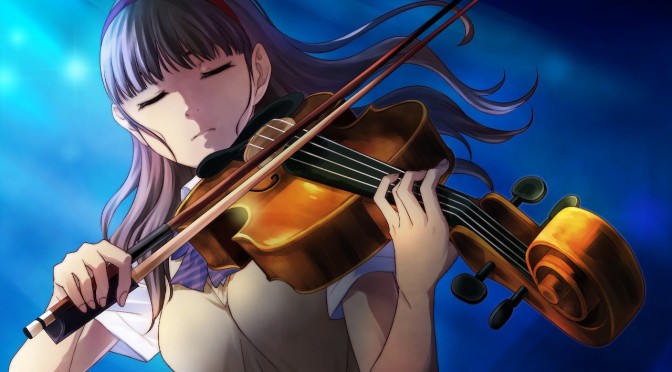 Despite PQube’s excellent Kotodama: The 7 Mysteries of Fujisawa not being a romance-centric visual novel, it has no shortage of characters — both male and female — designed to be very appealing.

My personal favourite from the ensemble cast after completing the whole thing — that is, after finding out all of their respective dirty little secrets, anxieties and woes — was, without a doubt, Yukino Tsubaki.

Allow me to explain further! 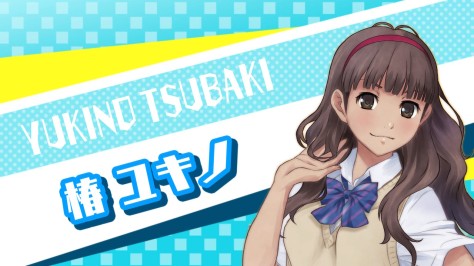 Yukino is introduced early in the main story as a sort of “rival” character to Kotodama’s leading lady Nanami. The two appear to have something of a hostile relationship with one another, but there’s something… “off” about it too. While they clearly rub one another up the wrong way, things never actually escalate into something more serious — at least not while you’re around.

The main reason for this is likely the fact that Yukino is a very mature young woman, in stark contrast to Nanami’s rather childish energy. While she is occasionally prone to impatient outbursts, particularly when she’s trying to extract herself from a situation she doesn’t wish to be in, for the most part she is calm and softly spoken, radiating an aura of self-assuredness that is both inspiring and intimidating.

Yukino’s maturity initially manifests itself by her not judging you harshly for hanging out with Nanami, someone she ostensibly dislikes. Rather, she is interested in you and the circumstances that brought you to Fujisawa Academy so late in your final year, and offers her assistance at orienting yourself if you find Nanami’s tour skills to be wanting. She obviously doesn’t have an ulterior motive for this — aside, perhaps, from getting one up on her rival — and clearly isn’t just trying to throw herself at you; she honestly believes that she can provide you with something that will be of benefit. 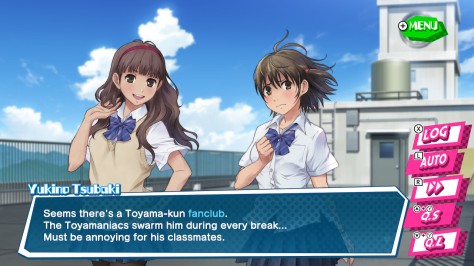 As the game progresses, we start to learn a little more about Yukino. We learn that she plays the violin, but that her parents have asked her to give up in favour of focusing on her studies. She is against this, but also doesn’t feel like she is able to go against her parents’ wishes to their faces, so she has taken to sneaking on to the school grounds at night to practice. This, in turn, has led to rumours of “Mystery Student X” being sighted around the campus at night, which, coupled with one of the “Seven Mysteries” of the Academy regarding a mysterious gentleman, has naturally got people talking.

Yukino initially refuses to reveal the details of the “Wandering Gentleman”, but in subsequent playthroughs of the game you’re able to dig a little deeper into her background and feelings on the situation. We learn that the gentleman in question — whose identity I shan’t spoil for the moment — is someone that Yukino feels attracted to, but she doesn’t feel like she’s able to do anything about it.

She is a proper young lady, after all, and proper young ladies don’t just throw themselves at gentlemen who take their fancy; hell, even the language Yukino uses about the situation is polite, formal and reserved — when you do finally manage to squeeze the truth out of her, she quietly refers to him as being “someone she admires” rather than using more… teenagerly terminology, shall we say. 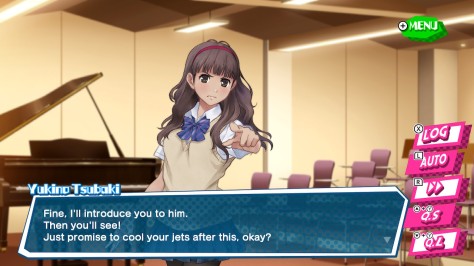 She’s keen not to appear weak, either. Later in the game, a narrative thread concerns your teacher’s after-school counselling sessions for students who are struggling with stress, depression or other mental health issues; when you ask her about it, Yukino explains that unlike her peers, she’s never attended any of these sessions because “it’s like admitting your weaknesses, you know?” Following the game’s true ending, we do see her swallow her pride and seek counselling, however, since she obviously has at least a few hangups rolling around inside that immaculately-coiffed head of hers.

Yukino’s visual design is appealing and distinctive, and reflects certain aspects of her background and personality. Her immaculate, flowing hair held in place with a simple but feminine hairband give the impression that she is someone who takes good care of herself and takes pride in her appearance without being arrogant about it.

Her short sleeves mirror those that Nanami wears, providing something of a visual connection between them — further emphasised by the fact that most of the other female members of the cast wear long-sleeved shirts in varying degrees of tidiness. This gives us a sense that the pair might be more similar in some ways than either of them would care to admit — but they’re certainly not identical. 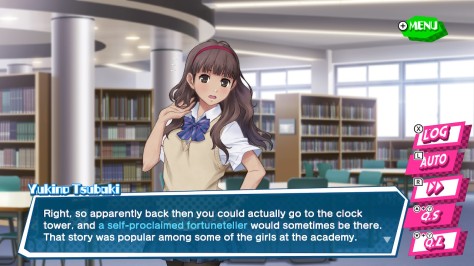 The addition of a sleeveless jumper and black tights to her outfit adds an additional “layer” beyond that which the other characters wear, and can be seen as a visual reflection of the fact that she is somewhat intimidating and difficult to approach; indeed, throughout the rest of the game, we don’t really see Yukino hanging out with anyone else, so we can assume that she likely keeps herself to herself, and perhaps even considers her spats with Nanami to be the closest thing she has to an actual friendship.

Until you come around, of course. Even before you make use of your powers to extract the truth from her, Yukino seems receptive to you and willing to treat you as an equal. This could be for one of two reasons: firstly, she genuinely believes that you are on the same level as her; or secondly, since you’re the “new kid”, you represent a chance for her to “start afresh” in some small way — to attempt to cultivate an honest and genuine friendship with someone who has no assumptions about who she is.

Even with her clashes with Nanami in mind, Yukino comes across as one of the more likeable members of the cast. She sometimes has a bit of trouble admitting things that she finds embarrassing, but she’s an honest person who, once you get to know her, will generally speak the truth. 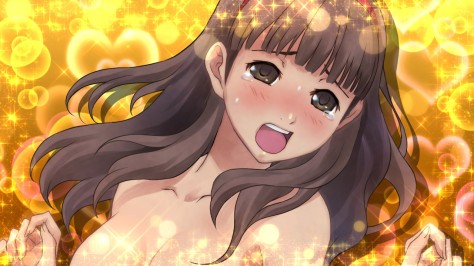 All right, all right, she’s totally my queen and I’d do anything for her. Happy now?

More about Kotodama: The 7 Mysteries of Fujisawa