If you are one of the many people disappointed in the recent news surrounding Sony cracking down on content with even the slightest whiff of “adultness” about it, you need to start paying attention to the Japanese PC games market if you’re not already.

Parallel to all the kerfuffle  surrounding the cancellation of Omega Labyrinth Z and the news that Xseed was being forced to cut out the “Intimacy” feature from the upcoming Senran Kagura Burst Re:Newal, the localised Japanese PC games market has quietly been becoming an even more open and welcoming place to fans of games with adult content than it was already: just recently we’ve seen the release of AliceSoft’s excellent Evenicle on Steam, MangaGamer is continuing to work on English versions of the Rance series… and a long-running, well-received series of fantasy-themed games is getting a much-anticipated localisation.

I’m talking about VenusBlood Frontier, an upcoming Kickstarter-funded localisation project that, as I type this, you have a little over a day to back if it sounds like something you might want to see more of. Hop on over to Kickstarter if you’ve already made your mind up… or read on if you want to know more.

NOTE: For those who care about such things, I am a Kickstarter backer of this project but am otherwise unaffiliated with either Ninetail or JAST USA.

The VenusBlood series has been running since 2007, and across its various installments has always combined a dark fantasy narrative with interactive gameplay elements of various descriptions — often with an element of relationship management that offers a surprising amount of freedom to act in a “good” or “evil” way as you see fit.

Specifically, a core appeal element of the franchise for fans has always been the ability to “train” the heroines in various ways according to your preferences and your gameplay style. Through your actions, you can build a (relatively) normal loving and sexual relationship with the games’ heroines… or you can “corrupt” them in various ways. This isn’t just for show or the sake of edginess, mind; not only does the way you treat the characters affect the narrative, it also determines what sort of character the heroine is in gameplay terms. More on that in a bit.

The VenusBlood series has, over the years, been regarded by many visual novel fans around the Internet as having good writing — though some have found its more brutal rape and tentacle sex scenes hard to stomach, so be aware that’s the sort of territory we’re getting into if that wasn’t already sufficiently inferred by the words “dark fantasy” and “corruption”. The developers, however, believe that these scenes are integral to the overall feel of the series and so, despite VenusBlood Frontier getting an all-ages release alongside its uncut 18+ version, they encourage players to have the “complete” experience.

Anyway, back to VenusBlood Frontier specifically. Originally released in 2012 in Japan as the series’ sixth installment, it’s a game popularly regarded as where the series really started to find its feet and provide a solid combination of narrative, gameplay and adult content. As such, it makes sense for localisation efforts to start here, much as MangaGamer chose to begin its journey localising the Rance series with its fifth game: it’s a good jumping-on point for new players.

In VenusBlood Frontier, you take on the role of Loki, an ostracised member of the demonic nobility who seeks to lay claim to the throne of Demon Emperor Surtr. Surtr’s other heirs are none too pleased about this disgraced interloper attempting to muscle in on their territory, so he sets them all a challenge: whoever brings him the Heart of Yggdrasil will become the true heir to the throne, able to rule over all demonkind.

This isn’t just a straight visual novel, mind. Rather, it’s a pretty hardcore strategy-RPG hybrid that sees you actually having to conquer the lands of Yggdrasil bit by bit, making careful use of your armies and special units to lay claim to different territories. The concept of “freedom of choice” has been baked into every aspect of the game, whether it’s interacting with characters or choosing exactly how you’re going to take over the regions of the map, so don’t expect an easy ride.

You’ll need to build facilities on the map as you conquer territories in order to ensure your armies have enough resources to continue their march and train new recruits, and the results of battles are determined not just by relative strength, but by the lineup of units facing one another, their special abilities and the equipment you’ve outfitted them with.

The aforementioned “goddess corruption” comes into play once you’ve managed to subjugate a goddess and add her to your army. How you treat her will determine what sort of unit she becomes; breaking her mind, for example, will allow her to become an emotionless “battle doll” or a berserker. In this way, the game incorporates elements of “raising sims” such as the well-known Princess Maker series — albeit with more tentacles, I guess — as well as its core strategic gameplay. It also means there’s a good amount of replay value in there; Ninetail quotes about 50 hours as reasonable for a single playthrough, but if you want to see everything, you’ll have to invest some time in additional playthroughs.

In some ways, the game reminds me a bit of Xuse’s excellent Aselia the Eternal, since that, too, combines large-scale strategy and kingdom/resource management with RPG-style combat and visual novel-inspired narrative progression. VenusBlood Frontier’s campaign unfolds on a much larger and more complex scale, however; rather than the four three-person squads and the rigid roles used in Aselia the Eternal’s core mechanics, here you have an army that consists of ten teams of up to six units each, with a wide variety of equippable items to customise them. There are even medallions you can use to confer custom titles on units, with each component of the title providing its own benefits. You, too, can be “The Loser Meathead”, “The Phantom Druggie” or “Wet Beast”. 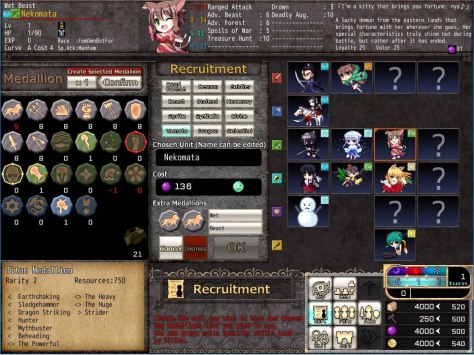 VenusBlood Frontier is looking very promising indeed. While the final localised game likely isn’t going to be available until the end of 2019, you can already play an early demo to get a feel for how it works along with the overall look, feel and tone of the experience. For me, this demo was enough to convince me that the game’s blend of Norse mythology-inspired narrative, good characterisation and compelling, complex strategic RPG gameplay is on to a winning formula — so I backed the project, as I’d love to see more well-established Japanese PC series like this come West.

If you’d like to find out more about the game or try the demo (available in all-ages and 18+ variants) for yourself, head on over to Kickstarter. And tell ’em I sent you if you decide to make a pledge!

I backed this project on Kickstarter. 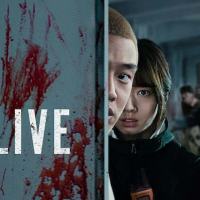 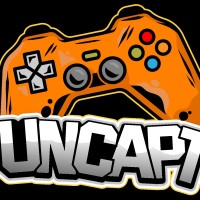