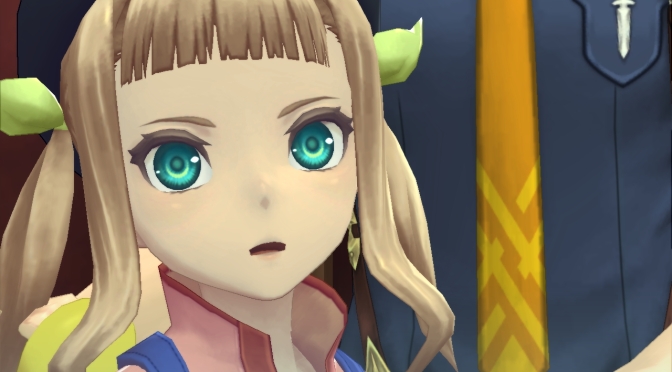 Long gone are the days when an RPG could get away with a linear progression system, with characters simply learning skills at predefined levels.

Instead, these days we see all manner of different takes on the traditional “level up” system — and a few games that abandon it altogether in favour of alternative means of progression.

Tales of Xillia 2 doesn’t totally abandon a conventional progression model, but it does do some interesting things with how you develop your characters’ abilities and progress through the story. A number of different systems all interact with one another, ultimately allowing you to tailor the game somewhat to how you want to play.

But does it work? Well, read on and find out.

Besides a standard “earn experience and level up” model, which gradually and naturally increases your characters’ statistics as they participate in more and more battles, Xillia 2 also features several other means of both character and player advancement. These are two distinct things, but they both very much feed into the same thing: a feeling of progress.

The concept of the player feeling like they are making progress is important: if they spend too long feeling like they’re treading water, they’ll eventually lose interest and go play something with more instant gratification available. Levels of patience for grinding vary, of course — some people are still happy to grind for hours in simplistic old RPGs like the original Final Fantasy, for example, while at the other end of the spectrum we have the adoption of RPG conventions into everything from mobile and social games to explosive, spectacular first-person shooters in which you’re rewarded every time you so much as sneeze. Neither of these approaches is “wrong”, but there’s been a definite drift towards the “constant progress” philosophy in a lot of modern games — including RPGs.

The concept of the player feeling like they are making progress is important: if they spend too long treading water, they’ll lose interest.

Tales of Xillia 2 is no exception. As well as its conventional experience points-and-level system, Xillia 2 also features an odd progression system known as the Allium Orb. Something of a contrast from Xillia 1’s Sphere Grid-esque Lilium Orb system, Xillia 2’s Allium Orb sees each character equipped with an elemental ore extractor attuned to one or more elements, and elemental ore gathered around the field and after battles being assigned to the extractor’s elements. Different elements lead to different skills, artes and other benefits being unlocked, and on the Allium Orb screen you can get a preview of the next few things you’ll learn using the extractor you currently have equipped.

This system is certainly a strange one at first glance, and the relatively limited “field of view” you have at any given moment can be frustrating — it can be hard to make long-term decisions about how to build your character when you can only see 3 or 4 learned abilities down the line, some of which are simple enhancements to existing ones you’ve already acquired. Initially, I wasn’t altogether sure I liked it — until I noticed something. Unlike Xillia 1, in which I was going into the menu every few minutes to unlock new nodes on the Lilium Orb — and having to wait for a fancy glowy animation every time — Xillia 2’s Allium Orb largely takes care of itself.

If you want to tailor how your character will progress in the immediate future, you can do so by swapping elemental extractors around, but there’s no need to micromanage progression if you don’t want to. Ultimately, this keeps the game pacy and minimises the amount of time you’re clicking through menus — unless you actually want to, in which case the facility is still there, and doubtless it won’t be long before the guide writers figure out the “optimum” route for each character. It also means you never get into the situation I happened upon a few times in Xillia 1, where I’d completely forgotten about the Lilium Orb for a while and consequently found my party rather underpowered without what amounted to a substantial amount of new skills and abilities.

There’s no need to micromanage progression if you don’t want to. Ultimately, this keeps the game pacy.

Meanwhile, Xillia 2’s sense of player progression, like its predecessor, centres around an array of achievement-esque Titles, earned by performing various actions both in the game world and in combat. Xillia 2 takes things further than Xillia 1 in this regard by providing specific Battle Challenges: these tricky little optional objectives encourage you to treat the battle system as far more than a simple hack-and-slash affair and instead to explore its numerous intricacies and nuances. You don’t have to, of course — but doing so will reward you with Grade Points, which can subsequently be spent on numerous benefits should you decide to make a New Game Plus run after beating the game once.

That’s not all, though; player progression is also measured through a couple of other means: the game’s sidequest system, and the Animal Crossing-style loan with which you’re saddled near the outset. The former provides you with a rank for which you can earn progression points by beating sidequests — many of which are repeatable — while the latter sees you paying off increasingly large amounts of money at once in the name of two things: in narrative terms, paying for medical treatment Ludger and his companions receive at the start of the game, and in mechanical terms, paying to unlock new chapters in the story. In practice, the two things actually feed into one another — you’ll need to do sidequests in order to earn enough money to make loan payments.

The loan aspect in particular has had a few players’ hackles up, believing it to be a means of artificially inflating the game’s playtime by padding it out with sidequests that are all but mandatory in several instances. This is, to a certain extent, true; each time you complete a “main chapter” in the story, you’ll more than likely have to spend a while completing odd jobs until you’ve made enough money to trigger the next story beat. Personally, this hasn’t bothered me too much — the quests are all easily completed while doing the things you’d probably have been doing anyway — but for those used to complete financial freedom and the ability to always proceed at your own pace, it can come as something of a shock.

But it has another interesting impact on the game as a whole, too: it limits how much you’re able to spend in one go, and forces you to budget. This means you can’t just grind for hours until you have all the money in the world then go and buy all the best possible equipment and as many healing items as you can carry, because the second you reach the payment threshold for any given moment in the story, you’ll get a phone call from Ludger’s childhood friend (and loan manager) Nova demanding you pay up. Instead, a sensible practice appears to be to spend as much money as you can when you’re just beneath the threshold, then gradually build up again as required.

The loan system has an interesting impact of the game as a whole: it limits how much you’re able to spend in one go, and forces you to budget.

As the story progresses, the payment threshold gets higher and higher, allowing you to save up more money for more, better quality items before having to hand over the rest of your cash. It turns out to be an interesting mechanic that makes you think a lot more about how you spend your money than in many other RPGs — plus it also gives the game another feeling of progression: a sense that, by repeatedly and reliably making your payments on time — something that you’re rewarded for — you’re building trust with your creditors, and consequently becoming able to explore further and further afield in the world. The limitations placed on your travel at the outset of the game due to your debt quickly cease to be an issue, and before long you’re exploring far-flung corners of the world completing quests, hunting down treasure and dreading the next phone call from Nova.

Ultimately Xillia 2’s multiple means of both character and player progression keep things interesting — and the fact that there are numerous different ways to prove your “mastery” of the game and its systems caters to different styles of play and gives completionists plenty to explore. While not all the changes will be to everyone’s preference — the Allium Orb and loan systems in particular are very much acquired tastes — it’s always good to see an RPG getting a bit experimental and trying new things rather than relying on mechanics that have been part of the genre since its inception.

Now I think I hear Nova calling — I better answer, or she’ll be mad…

One thought on “Tales of Xillia 2: Becoming a Better Person”