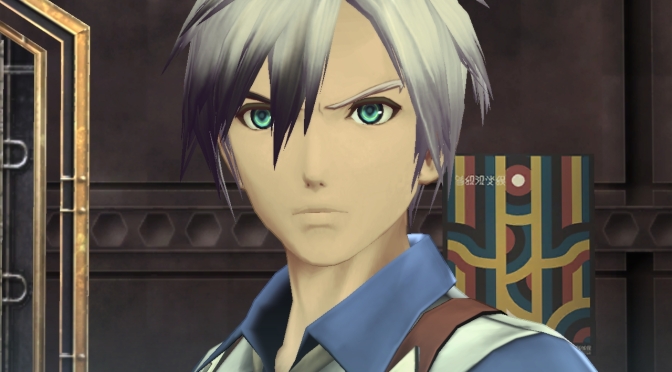 One of the most important things for any party-based RPG to get right is that feeling of everyone having a place.

This can be handled in two different ways according to what kind of RPG we’re contemplating. Dungeon crawlers like Demon Gaze take a mechanics-focused approach in which every member of your party has an important role to play in combat, but outside dungeons they tend to fade into the background somewhat, with the player-controlled protagonist tending to take centre stage for important events.

Meanwhile, more story-centric RPGs emphasise the narrative trope of nakama, a Japanese term typically used to refer to the idea of true companionship — the idea of a group of characters who band together and become a substitute family for one another. They may not necessarily agree on everything, but they share common bonds that are usually strengthened by their shared hardships.

One of the things I liked most about the original Tales of Xillia was that it blended elements of both of these approaches. And its sequel, unsurprisingly, follows suit.

Central to Xillia 2’s character development in narrative terms is the use of “skits” — short, conversational sequences that have been a staple of the Tales of series ever since Tales of Destiny on PlayStation. The skits are completely optional — though I defy you to play through the game and resist pushing the Select button to trigger them even once — but play an important role in building the story and setting’s overall coherence. They give the player insight into how the various characters are feeling — about what’s going on, about each other and, in Xillia 2’s case, about any choices protagonist Ludger might have made on his journey.

Xillia 2’s skits give the player insight into how the various characters are feeling — about what’s going on, about each other and about any choices protagonist Ludger might have made on his journey.

The fact that some of them are genuinely laugh-out-loud funny is something that shouldn’t be understated, either; many of the skits provide some much-needed light relief from the more serious aspects of the story. And, since Xillia 2 is a direct sequel that features returning cast members from the previous game, your party members have plenty of catching up to do as Ludger, in many cases, watches in some bewilderment. Particular highlights include the elderly (but nonetheless stylish) Rowen playfully poking fun at Xillia 1 protagonist Jude’s new hairstyle by commenting that he’s “exploring his sexy side”, and female party members Elize and Leia arguing whether skirts or pants are “better”. Naturally, it’s up to Ludger to cast the deciding vote.

Xillia 2’s skits have an additional function beyond simple entertainment, and it ties in with the game’s central theme of “choice”. Many skits present the player with an option as to how Ludger responds to a party member’s question or statement, with certain choices leading to an increase in affection with a party member. Sometimes there are mutually exclusive options, too: in the case of the Elize/Leia discussion mentioned above, you’ll gain affection with whoever you “side” with — be it skirt-loving Elize or the eternally tomboyish pants-wearing Leia — and not the other. Ultimately your affection levels with your party members will improve your efficiency in battle when you fight alongside them, and will also unlock bonus scenes and sidequests at various points throughout the story. There’s a real feeling that the characters are coming to like and trust one another.

The “friendship pose” post-combat scene is a wonderfully light-hearted moment — thoroughly welcome in a genre of game often criticised for taking itself a little too seriously at times.

Xillia 2 keeps the characterisation flowing in battle, too. As well as characters bellowing out the usual battle shouts — as ever, they all like to yell the names of their moves while they’re doing them — there are numerous post-combat scenes depending on your performance in battle, the party members present and who you spent your time “linked” to. These vary from a simple group shot of the party standing in cool victory poses and one of them standing at the front making a pithy remark to a sequence that appears to deliberately poke fun at this very same convention of Japanese role-playing games: the party members decide that now is the time for their “friendship pose” — an unashamedly cheeseballs moment of them all putting up V-for-victory signs and saying things like “Peace, love, hope!” Leave the post-battle screen just a moment longer, however, and everyone will charge at the camera, pushing and shoving one another out of the way in an attempt to be the centre of attention. It’s a wonderfully light-hearted moment — thoroughly welcome in a genre of game often criticised for taking itself a little too seriously at times, at least outside of explicitly comedic adventures.

The upshot of all this strong characterisation is that it makes you actually care about who’s fighting alongside you. Although Xillia 2’s party members all have clear mechanical roles in a party situation — Rowen and Elize handle magical attacks and defence; Alvin can break enemies’ guards; Jude can help you recover if you get knocked down — you’ll often find yourself picking party members based simply on who you like having around with you, and the combinations of characters you enjoy the interactions of. Unlike Xillia 1, you can’t simply change party members at will out in the field: you have to make the decision as to who you’re taking with you when you’re in town. This encourages you to think about who you’re taking with you — and, of course, to mix things up every so often rather than sticking with the same party of old reliables every time.

In combat, everyone complements one another, while outside of battle and during more relaxed moment, your party members’ interactions with both you and the rest of your companions help make the group into a memorable ensemble you’ll relish spending time with.

There are mechanical considerations too, of course, and here’s where the more “dungeon crawler” approach to character diversity comes in. Although Xillia 2’s combat system — which we’ll explore in more depth later this week — is similar to that found in its predecessor, there’s a much stronger emphasis on using the best possible attack types to deal with specific enemies. Protagonist Ludger acquires three distinct weapons a short way into the story — twin blades, a sledgehammer and a pair of guns — and you’ll find yourself switching between these according to which enemy you’re focusing your attention on at any given moment. Each of the supporting characters — whom, as ever in the Tales series, you’re free to switch control to at any point if you desire — also has their own sets of strengths and weaknesses, so if you’re planning an extended visit to a particular area or dungeon, it pays to bring the most “useful” people along with you according to what types of enemies you expect to find there.

Ultimately Xillia 2’s core cast grows into an efficient team of comrades and friends: in combat, everyone complements one another, with each character offering their own unique twists — particularly apparent if you spend some time playing as them all rather than sticking exclusively with Ludger — while outside of battle and during more relaxed moments, your party members’ interactions with both “you” (as Ludger) and the rest of your companions help make the group into a memorable ensemble you’ll relish spending time with.

And that, right there, is the reason why RPGs remain my favourite type of game. There are very few other genres that truly nail that sense of nakama — both between the cast members themselves and between the cast and player — and Xillia 2 continues that proud tradition.

2 thoughts on “Tales of Xillia 2: A Test of Character”