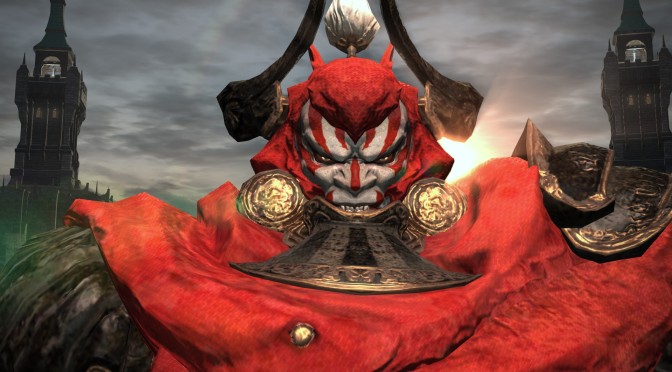 The thing with multiplayer online games is that sooner or later you have to deal with other people. In a game as inherently social and cooperative as an MMORPG, it tends to be on the “sooner” end of the spectrum.

To its credit, Final Fantasy XIV: A Realm Reborn caters to lots of different play styles, though if you do intend on playing through the complete, authentically Final Fantasy storyline you’ll need to get comfortable with at least the 4-player dungeons as you progress through the game.

When I started playing Final Fantasy XIV, I chose the Thaumaturge class, which later becomes Black Mage — a “DPS” class, or damage-dealer. The job of a DPS character is simple and twofold: deal damage, try not to get hit. I wouldn’t go so far as to say it’s completely responsibility-free, but it’s definitely the best choice for those who perhaps aren’t comfortable with leading a party of adventurers.

I suffer from social anxiety in “real life”, which occasionally manifests itself online, too. For the most part, I’m more comfortable communicating in the text-based medium than I am face-to-face — text allows you to think through what you’re saying before you say it, among other things — but I’ve found in any sort of situation that would require me to “step forward” and act, my confidence is somewhat shaky, even online. It puts me off playing cooperative games like Left 4 Dead online with strangers; it makes me anxious about playing team games with strangers; and, in the case of MMOs, it makes me worry about other players yelling at me for not doing my job properly.

I noticed something peculiar as I spent more and more time in Eorzea, though: my confidence was growing. As I became more comfortable with my character’s abilities and, supported by the members of my Free Company (Final Fantasy XIV’s guild-equivalents) learned how to reliably make it through some of the game’s toughest challenges, I started to feel more at ease with myself. I found myself more willing to take on cooperative content without the safety-net of friendly Free Company members to pad out the party; I found myself enjoying the experience of playing with strangers, since everyone has their own little interesting quirks on how they play, even in a game as structured as Final Fantasy XIV is.

And so I decided to step out of my comfort zone. First of all, I tried playing as healer, which I assumed would be the most nerve-wracking job, since it’s the healer’s role to ensure everyone stays alive. But before I knew it, I’d reached level 50 on that job and, like I’d found with my Black Mage DPS job, grown in confidence enough to feel like I could happily take on most of the game’s content as a healer without my friends to back me up.

There was one final hurdle to overcome, though: tanking. For those less well-versed in MMO lingo, the “tank” is often the de facto leader of a party, since they’re the one who tends to stand at the front, leading runs through dungeons and initiating combat. The tank’s job is arguably the most important in the whole party: it’s up to them to keep the attention of the enemies away from the other characters, so they are, in turn, freed up to do their respective jobs.

The prospect of tanking initially terrified me for some reason. I think it was the “leadership” thing. As confident as I felt healing and flinging fireballs, I still wasn’t the sort of person who’d stand at the front and lead the troops into battle. I didn’t have faith in my own abilities; I started worrying about going the wrong way in dungeons, for example — even though Final Fantasy XIV’s dungeons are mostly fairly linear — or inadvertently picking up too many enemies at once and causing the party to wipe out.

I was worrying about not playing perfectly, of course, and that was my biggest mistake. Few people are perfect — particularly on the road from level 1 to level 50 — and thus it’s okay to make mistakes, even if you’re the “leader” of your little group of adventurers. More often than not, everyone will simply have a good laugh at how the Chimera obliterated you all with an ill-timed electrical storm, you’ll respawn and try again, congratulating each other when you finally win before heading off on your respective ways, unlikely to see each other again.

I’ve been gradually coming to understand this as I’ve been levelling the Gladiator (and, subsequently, Paladin) class to 50. A little communication goes a long way; if you’re new to tanking a particular dungeon, saying so up-front is usually a good way to avoid any sort of conflict later on, as is admitting mistakes when they happen and apologising if it’s really your fault that something bad happened. The most important thing to remember is that you’re all there to have fun; Final Fantasy XIV, like any other MMO, is a game. It’s not a competitive sport like Dota or its ilk; it’s a cooperative experience in which it’s in everyone’s interests to work together, and in which the opportunities for griefing are mercifully limited.

Once you get your head around that, even something as initially daunting as tanking becomes a much more approachable prospect. It even becomes fun. I know because I’ve done it; long after I stepped into Sastasha for the first time as a green, level 15 Gladiator who had forgotten to learn the Shield Lob skill before jumping into dungeoneering, I’m now sitting pretty at level 42 with my sights set on 50. And once I get there, I’ll have completed the “Holy Trinity” — tank, healer, DPS — and be able to fulfil any function in a party, assuming my equipment is up to the challenge of the task in question. That’s going to be a good feeling, and I’m looking forward to it.

In the meantime, I have a few more dungeons to run. I won’t deny that I still occasionally feel a bit scared or nervous — particularly when I reach the appropriate level to jump into a dungeon I haven’t tanked before — but it’s been getting much, much easier as I’ve progressed, and I’ve started having more and more fun standing at the front of a party as their leader.

The moral of the story, then, is that you shouldn’t be afraid to step out of your comfort zone. You might just find yourself enjoying that thing that’s terrified you for so long. I know I certainly have.

Eorzea Diaries is a regular look at the world of Square Enix’s MMORPG Final Fantasy XIV: A Realm Reborn. If you want to come play with me, you can find me on the Ultros server cleverly disguised as the Hyur female Amarysse Jerhynsson.

One thought on “Eorzea Diaries: Confessions of a Terrified Tank” 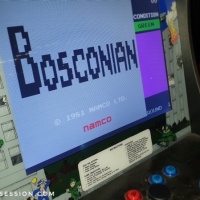